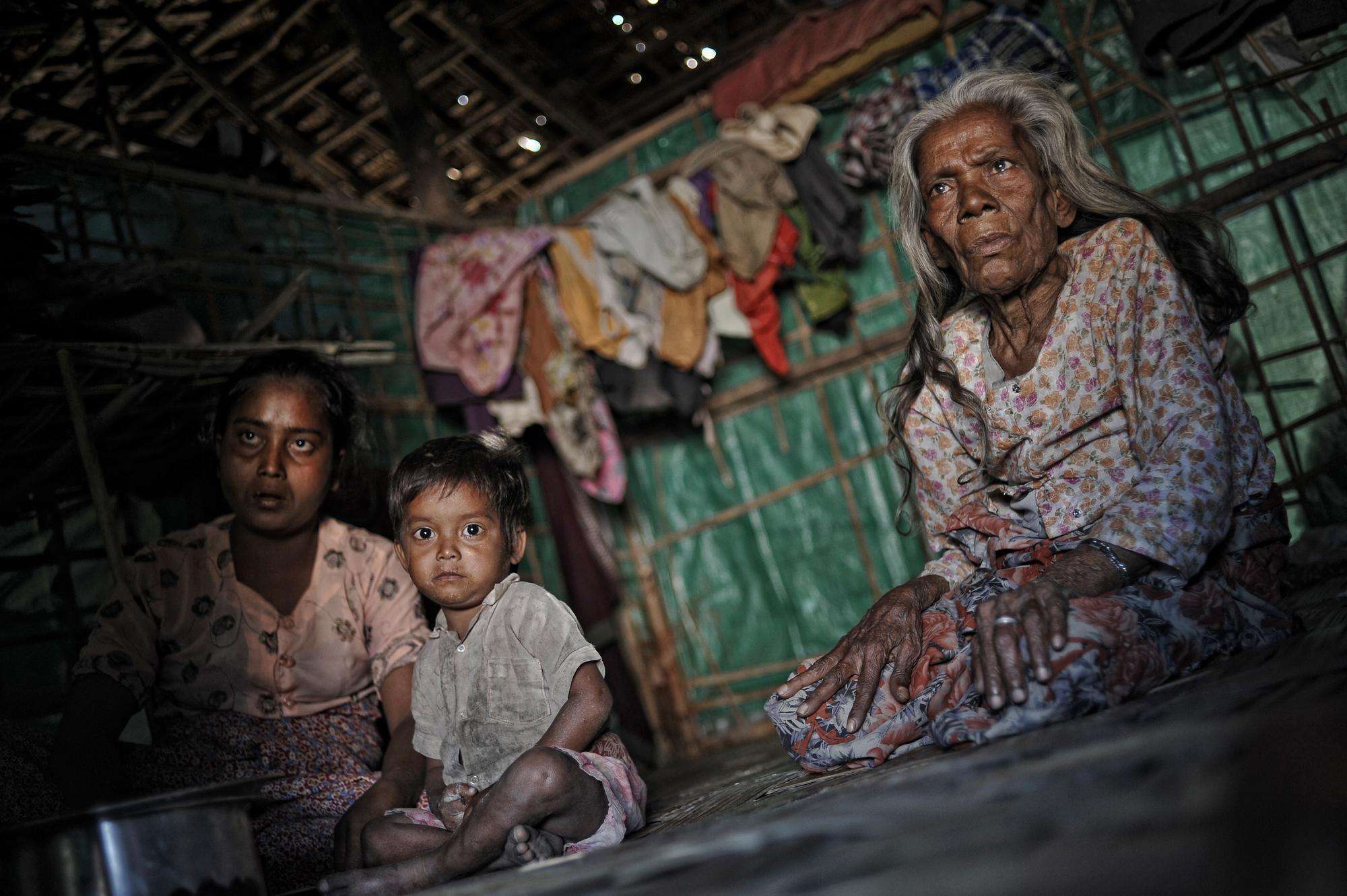 PRESS RELEASE: Conditions in the displaced persons camps of Rakhine State, combined with movement restrictions and ongoing segregation of Rakhine and Muslim communities, are severely impacting on healthcare.

An estimated 140,000 people are still living in makeshift camps.  According to official estimates, the vast majority of the displaced are a Muslim minority - often referred to as the Rohingya. The Rohingya are a stateless minority group, not recognised as citizens by the Government of Myanmar.

As well as direct victims of violence, tens of thousands more people that are still in their homes have been almost entirely cut off from health facilities, food, markets, their fields, and in some cases even clean water.

“MSF has just returned from areas where whole villages are cut off from basic services,” said Ronald Kremer, MSF Emergency Coordinator in Rakhine State. “What we have seen shows that current policies such as movement restrictions are having a detrimental impact on people’s health.

“This includes tuberculosis (TB) patients unable to access the treatment they need to stay alive, and pregnant women dying unnecessarily because they have nowhere safe to deliver.”

Too scared to move

Movement restrictions for Muslims were brought into the townships around Sittwe in June 2012, following the first clashes, and intensified after the October violence which saw thousands more people displaced.

In other areas, people are simply too scared to move.  “In one village, people told MSF that for months when people tried to move they would get beaten up, and that after this happened 14 times they simply stopped leaving their village,” continued Kremer.

“They told us that at least three people died because they could not reach the hospital. This fear is so pervasive that even when people were living in the path of Tropical Storm Mahasen, many told us they were too scared to move. They did not know where they would be moved to, or what would happen to them.”

MSF calls on the Myanmar government to take action to ensure displaced people, and those cut off from services, have proper shelter and access to healthcare.  People must also be able to move freely, without fear of attack.

MSF also urges that displaced people are particularly vulnerable as the monsoon season starts. While fortunately, Tropical Storm Mahasen did not have the devastating impact it could have, the risk of further tropical storms or cyclones remains high.  MSF has already seen makeshift shelters and its clinic structures destroyed from the still relatively light rains.

MSF has been providing healthcare in Myanmar since 1992, providing medical care to millions of people hailing from countless ethnic origins. Across Myanmar, MSF provides more than 28,000 people with lifesaving anti-retroviral treatment for AIDS and was amongst the very first responders to cyclones Nargis and Giri providing medical assistance, survival items and clean water sources for tens of thousands of people.

MSF has worked for the past twenty years in Rakhine State providing primary and reproductive healthcare as well as HIV/AIDS and TB treatment. Prior to June 2012, MSF conducted approximately 500,000 medical consultations each year. Since 2005, MSF has treated more than 1.2 million people from all ethnic groups in Rakhine State for malaria.

Find out more about MSF’s work in Myanmar