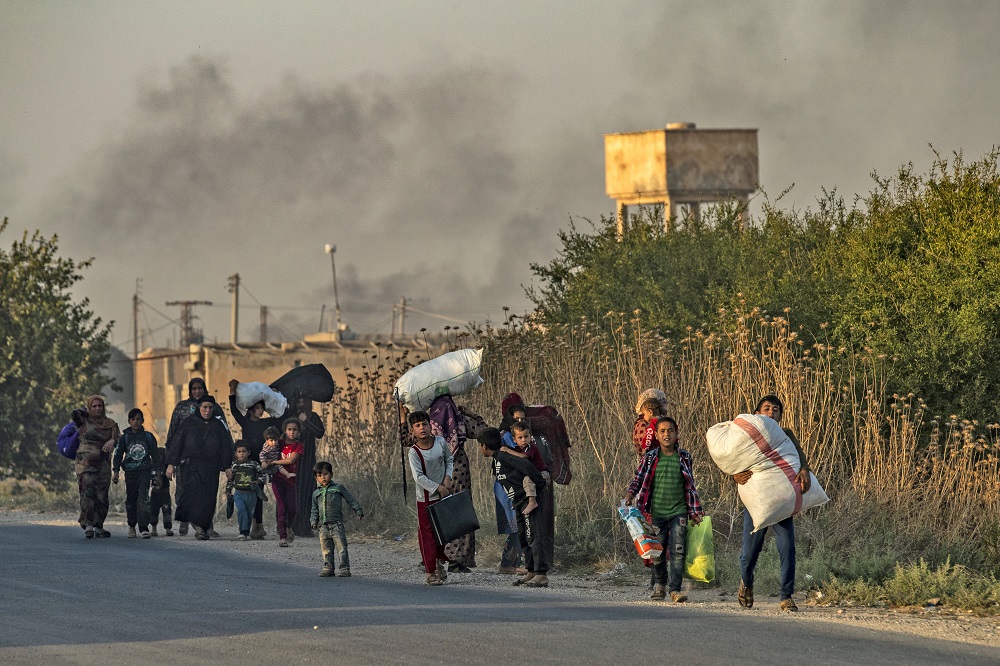 AMSTERDAM, NORTHEAST SYRIA - Following the launch of Turkish military operations on Wednesday 9 October, Médecins Sans Frontières (MSF) is concerned for the fate of the civilian population in northeast Syria.

Over the past 24 hours, towns and villages along the border have been subject to heavy shelling. As a result, people are fleeing from the fighting and seeking shelter and safety where they can.

“This escalation can only exacerbate the trauma that the people of Syria have already endured through years of war and of living in precarious conditions,” said Robert Onus, MSF emergency manager for Syria.

“With healthcare services already struggling to meet the needs of the population, displacement and injuries caused by fighting are likely to put additional pressure on the existing limited resources in hospitals.”

In the border town Tal Abyad, in Raqqa Governorate, shelling has forced the vast majority of people to leave, fearing for their lives.

Tal Abyad hospital, which was supported by MSF, is completely closed as most of the medical staff left with the families. MSF teams have relocated to address needs in other parts of the region. As the only public hospital in the area, Tal Abyad hospital was critical to meeting the health needs of the town and surrounding areas.

“Our staff in Tal Abyad witnessed the town, that was once filled with life, become deserted,” said Onus. “After eight years of war, the Syrian people have once again been forced to leave their homes and belongings behind in order to seek safety.”

In Tal Tamer, a small town in western al-Hasakah Governorate, our teams have met almost 2,000 people who have been displaced from Ras Al Ain. MSF teams in Tal Tamer are distributing relief items to people taking refuge in schools, office buildings, shops and in the homes of relatives and concerned residents of the town.

MSF is concerned that the many thousands of women and children living in camps such as Al Hol and Ain Issa are also now particularly vulnerable, as humanitarian organisations have been forced to suspend or limit their operations. This could leave thousands of people without access to critical relief, and with no resolution in sight.

MSF will continue to provide medical and other assistance where we can, as our teams try to meet the growing need for humanitarian assistance. MSF teams remain present across northeast Syria in Ain Al Arab (Kobane), Ain Issa, Al Mallikeyeh (Derek), Tal Tamer, Ta; Kosher,  Al Hol and Raqqa.

MSF calls on all warring parties in northeast Syria to ensure the protection of civilians, including health workers and their patients. Warring parties must allow the unhindered delivery of life-saving humanitarian aid including impartial medical care everywhere in the region.