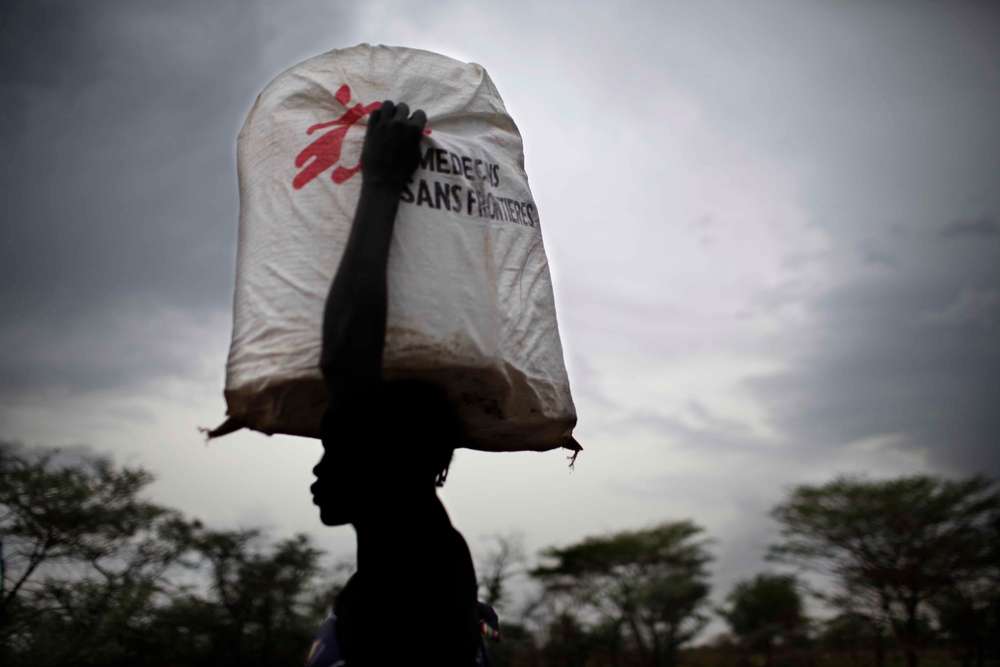 Opinion and debate: Either… Or - Building resilience is still not compatible with humanitarian aid

Opinion and debate: Jonathan Whittall says that, for him, the resilience debate would end if resilience building ceased to do so under the banner of humanitarianism

In Paul Harvey’s latest contribution to the resilience debate he proved the point of my argument with his title, “aid workers should be talking to the Taliban about healthcare”.  I couldn’t agree more.

They should be talking about healthcare – most importantly about access to healthcare in areas under their control - and not necessarily about health systems. But the reality is that the vast majority of aid workers who are ‘building resilience’ are not talking to the Taliban about healthcare.

They can’t. This is because either they are not on the ground or they are associated with the party to the conflict that the Taliban opposes. When power is being contested, building resilience is choosing sides.

Resilience building and humanitarian action are admittedly not mutually exclusive. But in reality, they often are (certainly in conflict), which is why the ‘binary’ that Simon Levine urges us to avoid is mostly a de facto reality. And this is for three reasons:

1. The provision of aid, be it ‘simply’ humanitarian or development, is a tool which is used by warring parties.

It is already difficult enough trying to explain to all warring parties that you want to be able to deliver babies and treat injured civilians wherever they might be – in areas controlled, inevitably, by different armed groups.

In South Sudan, Afghanistan, Syria, there is always the feeling from one party or another that by agreeing to aid delivery to areas under control of their enemy they will be boosting their enemy’s credibility and capacity.

Now add into this mix the request to not only deliver babies but to also train midwives to be paid by the state they have taken up arms against; or otherwise explain to the government that you will be building a parallel health system.

It is not by mistake that the US government has chosen to invest billions in to boosting the Afghanistan government’s credibility through the provision of state services, which those ‘building system resilience’ have happily contributed too.

Even if you aren’t government centric as Levine argues we shouldn’t be, the fact remains that building resilience or engaging in development brings an additional set of variables to the negotiation table that will inevitably complicate the ability of an organisation to deliver humanitarian relief in emergencies.

This is not to say that development oriented work should be abandoned, just that merging it with emergency relief slows down or hinders completely the ability to respond.

Mikhail Galustov
An injured man is being led by a relative at the Kunduz Trauma Centre in Kunduz, Northern Afghanistan.

2. Capacity to respond to displacement emergencies in conflict-affected areas is shrinking.

Paul counters my argument of a decreasing aid capacity by saying that “it’s far from clear that capacity is shrinking. At the global level both numbers of humanitarian personnel and the overall humanitarian spend have been consistently growing”.

However, he also accurately guessed what my reply would be. Where is this growing humanitarian capacity in the Central African Republic today?

The ‘humanitarian community’ must be doing something wrong, if at the same time it is supposedly growing in size, we can have a situation where there is insufficient food and shelter in CAR.

Resilience isn’t of course the only thing to blame. Colleagues of mine in MSF have been doing an analysis of the failures of emergency response in a number of contexts.

Some of the other factors that they have identified are risk aversion, distortions in the UN system and the 'sub contracting model' which all adds up to a lack of presence in particular where there are conflict and displacement emergencies.

This will be further detrimental to the ability of organisations to maintain a quick response ‘humanitarian’ capacity.

The challenge of ‘shifting gear’ from development projects to humanitarian response in time of acute crisis for multi-mandated organisations risks being replaced with a problem of the gears having been dismantled altogether.

So the binary of resilience building versus humanitarian aid is in fact an important one – not something to be dismissed by those wanting all the do-gooders to work together.

The final reason why resilience and humanitarian aid need to remain two distinct sets of priorities is based on the baggage that comes with Western-implemented development agendas.

In a world of shifting power dynamics, people are increasingly less interested in buying into what the West has to sell.

Where do those organisations ‘building resilience’ draw their legitimacy from? Humanitarian aid – in its purest form – draws whatever legitimacy it has in different contexts from simple acts of solidarity, through saving lives and alleviating suffering in times of crisis.

It resists co-option – though not always successfully - in order to not be bogged down by the baggage of other agendas.

However, resilience and development approaches are inherently and purposefully co-opted by the very fact that they advance, whether by design or default, the prominent orientation of international development, which is liberal democracy.

Humanitarian aid does not offer a transformative agenda; it is a way of standing in solidarity with people in crisis as opposed to people in the West (still) trying to help ‘them’ bounce back.

When I told colleagues and friends in Beirut that I was engaged in a debate about the concept of resilience I was mocked for taking seriously anyone living in Europe and proclaiming to be able to build the resilience of people living in, for example, Lebanon or Syria.

It is as absurd as it is patronising. And it is another reason why the resilience agenda is incompatible with emergency humanitarian action.

The desire to steer clear of this is not to be confused with what some might consider as ‘sanctimonious polemic’.

I am not anti-resilience. What I remain against is the promotion of resilience as being part of a humanitarian agenda, something encouraged by both by Paul and Simon.

The debate could easily end if those engaged in resilience building would cease to do so under the banner of humanitarianism.