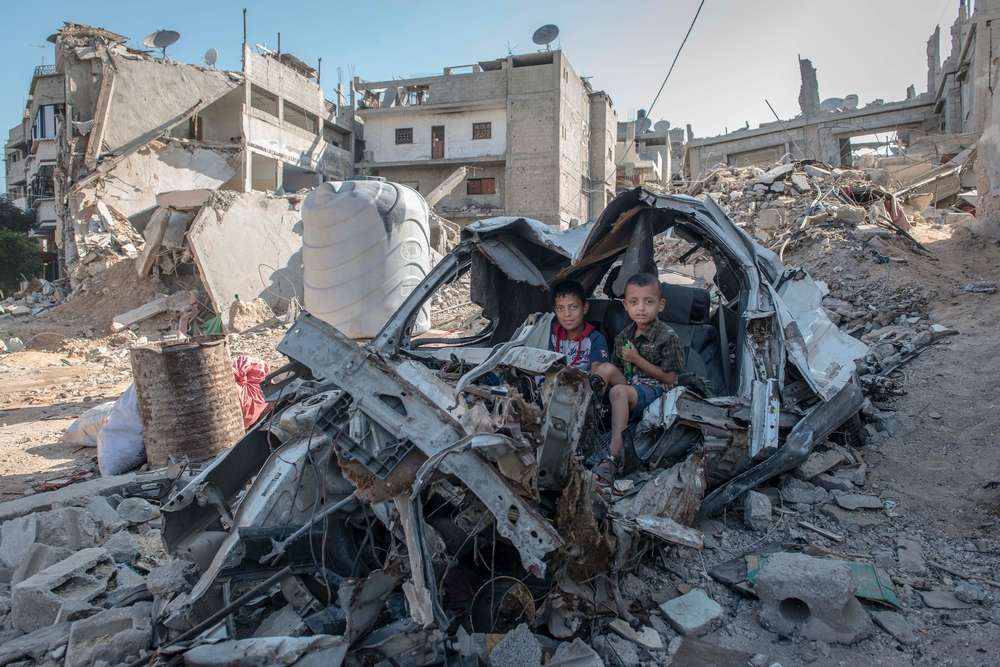 Opinion and debate: The limits of humanitarian aid in the Occupied Palestinian Territories

Opinion and debate: Jason Cone examines the invisible line that aid agencies, including MSF, struggle with in the Occupied Palestinian Territories: the line between complicity with Israel's occupation and a refusal not to ignore its consequences.

The following is the conclusion of a longread article posted on MSF's blog site. Follow the link to read the full story.

Whether it is the nightly incursions and detentions without charges in and around Nablus, the maze of walls and checkpoints in Hebron, the partition of Jerusalem that cuts off access to medical care for Palestinian villages, or the deadly aerial bombardment and blockade in Gaza, the occupation takes many forms - all inevitably justified through a public discourse of security for Israelis.

This is a narrative accepted, enabled, and subsidised through international aid and failed peace processes. It has reduced “progress” in the Israeli-Palestinian conflict to young women who can finish sentences without crying, the number of truckloads of cement allowed to enter Gaza, or the Palestinian medical transfers facilitated through the Erez Crossing.

Israeli fears of rocket fire from Gaza are evidenced in the trauma of air raid sirens and the necessity, now part of Israeli building codes, for homes to have bomb shelters. The ongoing threat of tunnel-enabled attacks inside Israel also precipitates anxiety amongst those in the areas bordering Gaza.

But these fears cannot justify the devastating medical and psychological consequences for Palestinians of the barriers, checkpoints, bombing campaigns, blockades, and incursions.

These measures to protect Israelis must be examined today in terms of their humanitarian fallout. Israelis and supporters of Israel must question and confront the human costs of the policies used to achieve this security.

And the governments and international institutions either explicitly or tacitly supporting these policies must do the same, because the devastation they have wrought is undeniable.

Médecins Sans Frontières/Doctors Without Borders (MSF) teams in the Occupied Palestinian Territories and other war zones around the world are always reflecting on their actions with an eye toward ensuring aid does not do more harm than good.

For now, we will continue stitching up the physical and psychological wounds of Palestinians, knowing that another war with Israel may not be far off, and that a great many people already need assistance right now.

This is our role, one constantly questioned by our medical teams on the ground, who are always struggling to see the invisible line between complicity with the occupation and a refusal not to ignore its consequences. Ultimately, though, our humanitarian action has been consistently justified as a response to the needs of Palestinians trapped by this endless war.

As has been the case for the past 15 years, our presence is our protest in the face of an occupation that has taken on a near-permanent character. While there is no shortage of suffering in Gaza and the West Bank, an international acceptance of the unacceptable is now the deadliest form of the occupation for Palestinians—with no end in sight.

Read the full article by Jason on blogs.msf.org