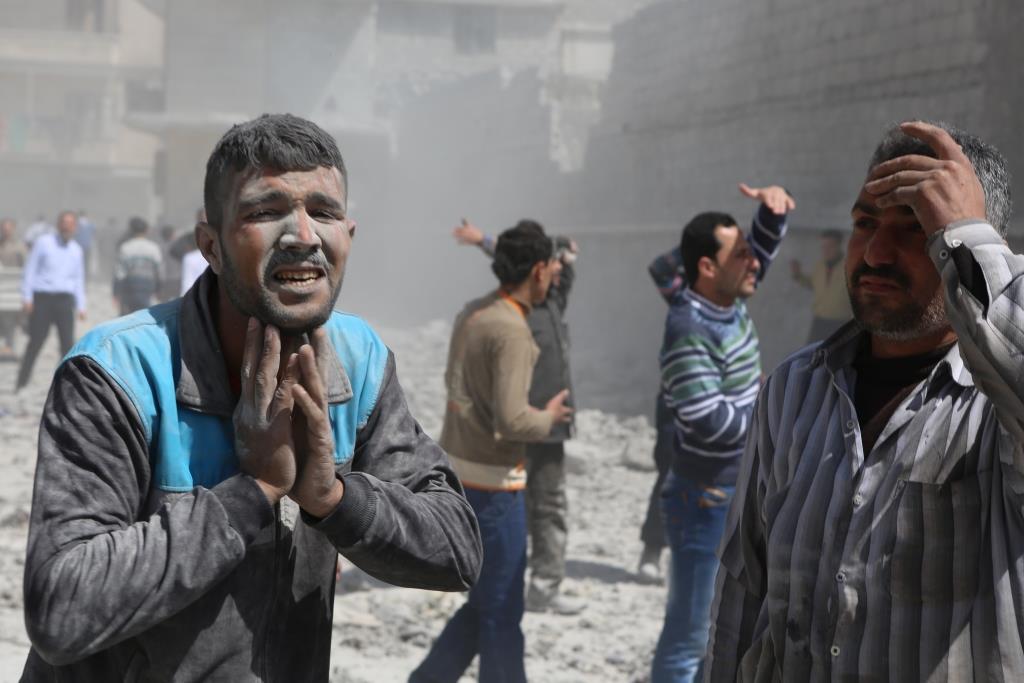 Opinion and debate: Unfunded locals on the frontlines

Opinion and debate: Following the anticipated launch of the Humanitarian Leadership Academy in London , MSF's Jehan Bseiso asks whether channelling funds in to training new 'humanitarian leaders' is really the most effective way to save lives when there are such acute and immediate material needs on the frontlines of the worlds biggest humanitarian crises.

The inauguration of the “World’s first Humanitarian Aid Academy” promises to revolutionise the aid sector by training more than 100,000 aid workers and volunteers in 50 countries, thereby placing 'local actors on the frontline'.

The objectives of the project seem to include empowering domestic actors to respond, providing high quality training as well as ultimately building a 'more secure and resilient world' states the UK’s International Development Secretary Justine Greening.

Revolution of an aid model

This is presented as an antidote to the typical humanitarian aid model where “we parachute down from the West, take charge, give relief and leave” according to the chairman of the Academy Jan Egeland.

While a revaluation of an aid model that is primarily about 'parachuting from the West' is overdue, and investing in the training of local actors is important, the discourse about building the resilience of local actors through such initiatives must not overlook the existing challenges those actors already face on the frontlines today.

The deteriorating situation in Syria, which was described by the UN two years ago as “the worst humanitarian crisis in nearly 20 years” highlights the radical disconnect between rhetoric about supporting local actors, and the realities facing them on the ground.

For Save the Children, who will host the Academy’s headquarters in London, humanitarian leadership seems to be the solution.

“If we are to save more lives in some of the toughest places in the world we need to train and support local people themselves to become the humanitarian workers and volunteers of the future” states Justin Forsyth the chief executive of the organisation.

However, the main obstacle facing Syrian aid actors struggling to keep field hospitals, voluntary schools, shelters and kitchens open is not a crisis of leadership; it’s a crisis of funding.

Local actors, of varying sizes and capacities, are already on the dangerous frontlines of humanitarian assistance all over Syria today.

Those aid workers are the main lifeline in areas like north Homs and Ghouta, where hundreds of thousands of people are sick and starving under siege. Nevertheless, they struggle to get the support they need in order to be able to continue providing assistance.

Funds allocated by donors to the Syrian crisis are channeled through international aid organisations who act as intermediaries between donors and local Syrian organisations.

What is more, the selection of some of those Syrian organisations is more related to considerations about their legal status and official registration, than their ability to work.

This all means that sometimes in order to deliver assistance, registered Syrian organisations must in turn contract other Syrian actors, who are the only ones able to provide assistance in a specific location, but their lack of registration means they do not qualify to be subcontracted by international aid agencies.

For those assistance providers who want to focus on delivering precious supplies of medicine and food across checkpoints and under barrel bombs, the architecture of the international aid model is truly testing, and training is not the solution.

Five years of war in Syria

As the Syrian war enters its fifth year, more food, medicine and fuel would make the difference between life and death for hundreds of thousands across the country. There are locals on the frontlines in Syria, what they need is better support.

But without clearly addressing core issues related to the inadaptability and inflexibility of the current humanitarian system, initiatives focused on capacity building, training and empowerment will continue to be disconnected from the reality in places like Syria.

Furthermore, among the strained local actors who are the ones providing humanitarian aid in Syria today are groups that could certainly be affiliated with churches and mosques.

Egeland describes those groups as "amateurs", recommending that they should be “discouraged from going to disaster or conflict zones” and that money instead should be sent to “trained local groups or international agencies supporting them”.

Of course any affiliation of aid providers, whether political or religious, has an impact on assistance but this statement largely neglects the fact that those groups are already on the ground and typically with a good local network and acceptance.

While international aid ‘professionals’ remain confined to border towns, these so-called "amateurs" continue to save lives across Syria.

Additionally, the premise that “international organisations are expensive and foreign and should not stay longer than needed, local aid workers should be the first and last responders”, is also problematic.

The increasing focus on training local actors needs to be put in context of an increasingly dangerous environment that is not allowing international aid organisations to be directly present in many key conflict affected contexts.

MSF is certainly not immune to the difficulties faced by other organisations, and has been vocal and clear as an institution about the limitations it faces in Syria, Somalia and other contexts.

Not placing the discourse about empowering local staff in context of an increasingly violent operational environment, risks hiding the life threatening risks they take to carry out this assistance.

However, and especially in conflict zones international staff, unlike their local colleagues, are the ones who are able to negotiate access with all actors without putting their families and friends in danger.

There is no end in sight to the Syrian conflict, and more adapted support for Syrian organisations who are the ones operational on the ground is sorely needed.

Without abandoning accountability, what this involves is an increasing flexibility from donors and aid agencies when it comes to fund dispersal; in fact, Egeland’s Norwegian Refugee Council is one of the few international organisations that are working flexibly with local Syrian actors.

An alternative must be found

What is more, an alternative must be found to the current subcontracting model with its focus on proposal writing, reporting and evaluation requirements. A genuine collaboration with local Syrian actors should prioritise real-time response to constantly changing needs in a volatile environment.

Investing in training to aid responders – for both local and international personnel- is an important initiative. However, there must be loud recognition that in one of the worst humanitarian crises the world has ever witnessed, the “local actors [already] on the frontlines” in Syria don’t really need an academy, they need cash.

Over the past three years, MSF has developed a programme of large-scale support to underground and improvised healthcare facilities in Syria.

More than 100 healthcare structures are supported both in government-held areas and in opposition-controlled zones – all locations where it is not possible for MSF teams to be physically present.

Increasingly the programme is focusing on besieged areas, where little or no international aid reaches the doctors.