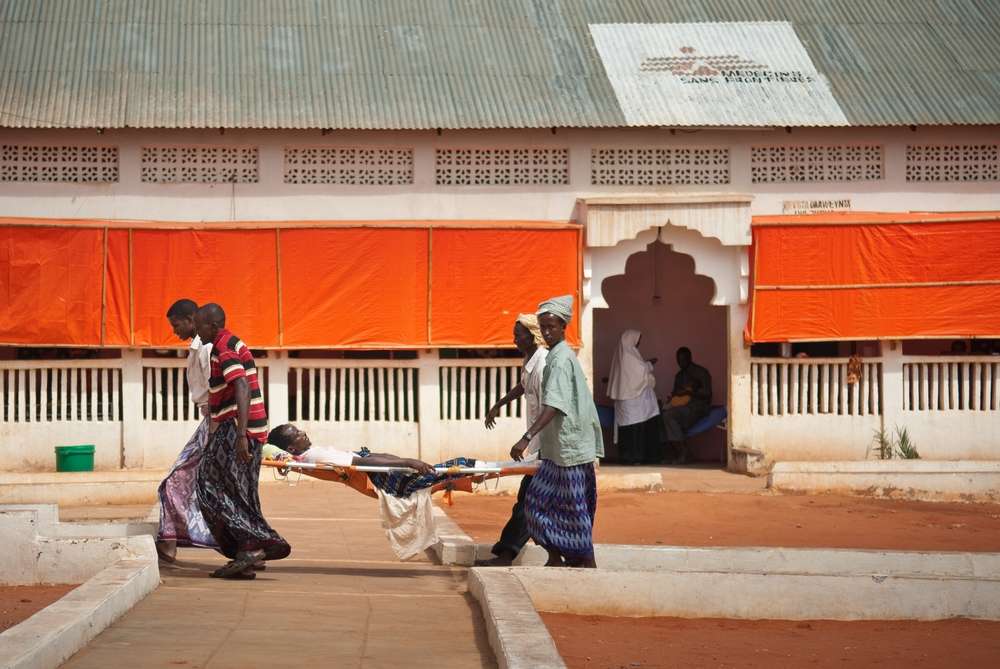 After working continuously in Somalia since 1991, the international medical humanitarian organisation Médecins Sans Frontières/Doctors Without Borders (MSF) today announced the closure of all its programmes in Somalia, the result of extreme attacks on its staff in an environment where armed groups and civilian leaders increasingly support, tolerate, or condone the killing, assaulting, and abducting of humanitarian aid workers.

In some cases, the same actors – particularly but not exclusively in south central Somalia – with whom MSF must negotiate minimum guarantees to respect its medical humanitarian mission, have played a role in the abuses against MSF staff, either through direct involvement or tacit approval. Their actions and tolerance of this environment effectively cuts off hundreds of thousands of Somali civilians from humanitarian aid, MSF said.

Over its 22-year history in Somalia, MSF has negotiated with armed actors and authorities on all sides. The exceptional humanitarian needs in the country have pushed the organisation and its staff to tolerate unparalleled levels of risk – much of it borne by MSF’s Somali colleagues – and to accept serious compromises to its operational principles of independence and impartiality.

The most recent incidents include the brutal killing of two MSF staff in Mogadishu in December 2011 and the subsequent early release of the convicted killer; and the violent abduction of two staff in the Dadaab refugee camps in Kenya that ended only last month after a 21-month captivity in south central Somalia.

These two incidents are just the latest in a series of extreme abuses. Fourteen other MSF staff members have been killed, and the organisation has experienced dozens of attacks on its staff, ambulances, and medical facilities since 1991.

“In choosing to kill, attack, and abduct humanitarian aid workers, these armed groups, and the civilian authorities who tolerate their actions, have sealed the fate of countless lives in Somalia,” said Dr Unni Karunakara, MSF’s international president. “We are ending our programmes in Somalia because the situation in the country has created an untenable imbalance between the risks and compromises our staff must make, and our ability to provide assistance to the Somali people.”

Beyond the killings, abductions, and abuses against its staff, operating in Somalia meant MSF had to take the exceptional measure of utilising armed guards, which it does not do in any other country, and to tolerate extreme limits on its ability to independently assess and respond to the needs of the population.

Humanitarian action requires a minimum level of recognition of the value of medical humanitarian work, and therefore the acceptance by all warring parties and communities to allow the provision of medical assistance, as well as the operational principles of independence and impartiality.

Furthermore, these actors must demonstrate the capacity and willingness to uphold negotiated minimum security guarantees for patients and staff. This acceptance, always fragile in conflict zones, no longer exists in Somalia today.

“Ultimately, civilians in Somalia will pay the highest cost,” said Dr Karunakara. “Much of the Somali population has never known the country without war or famine. Already receiving far less assistance than is needed, the armed groups’ targeting of humanitarian aid and civilians leaders’ tolerance of these abuses has effectively taken away what little access to medical care is available to the Somali people.”

MSF will be closing its medical programmes across Somalia, including in the capital Mogadishu and the suburbs of Afgooye and Daynille, as well as in Balad, Dinsor, Galkayo, Jilib, Jowhar, Kismayo, Marere, and Burao.

Throughout its 22-year history in Somalia, MSF staff have known intimately just how great the needs are of the Somali population. While MSF remains committed to addressing these tremendous needs through medical care and humanitarian assistance, all actors in Somalia must demonstrate through their actions a willingness and ability to facilitate the provision of humanitarian assistance to the Somali people and respect for the safety of the humanitarian aid workers who risk their lives to care for them.

Hear more from MSF's International President, Unni Karunakara, on why we made the decision to leave Somalia

Find out more about MSF's previous work in Somalia