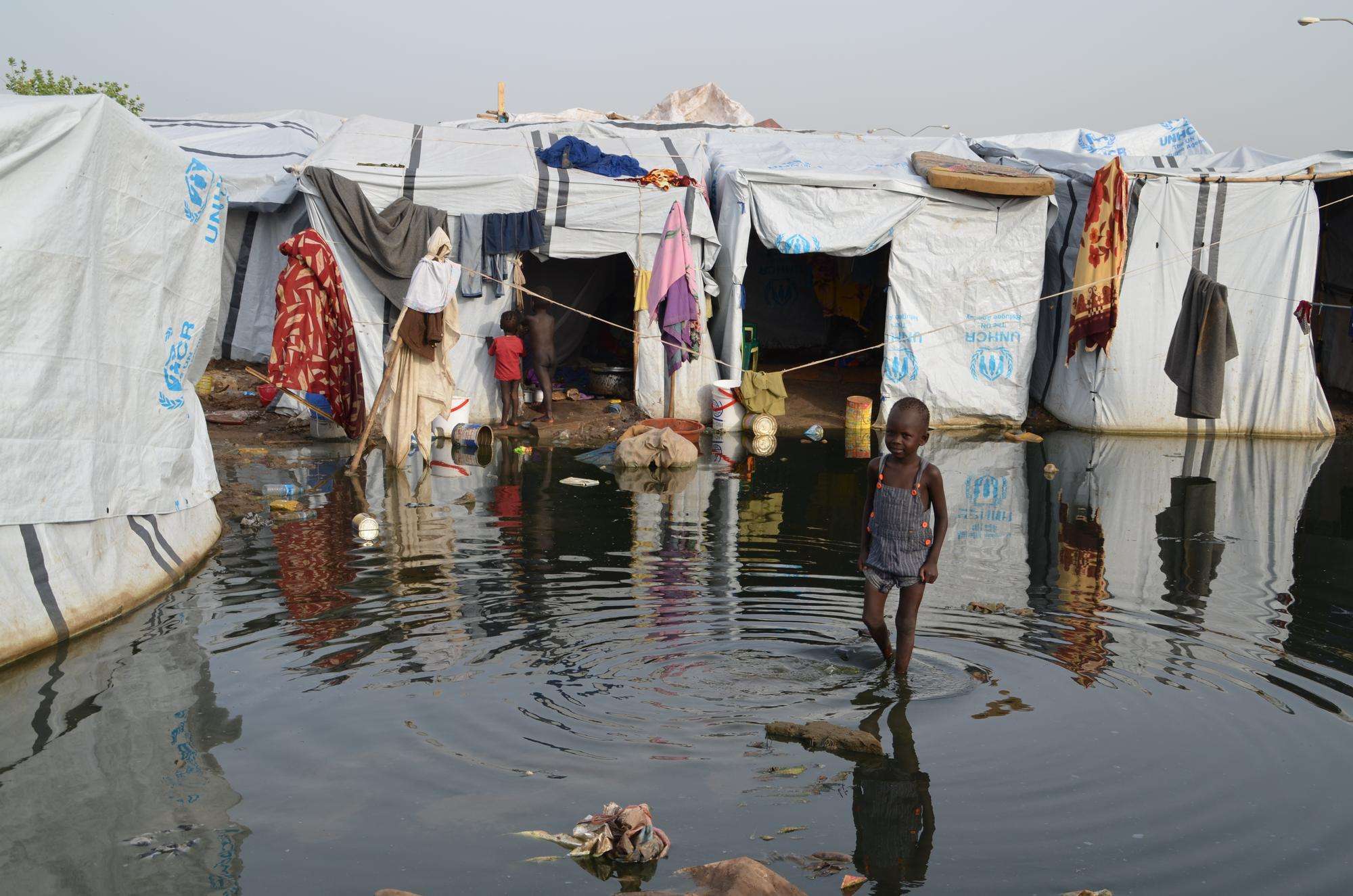 PRESS RELEASE: In a shocking display of indifference, senior United Nations Mission in South Sudan (UNMISS) officials have refused to improve living conditions for 21,000 displaced people living in a flood-prone part of a UN compound, exposed to waterborne diseases and potential epidemics.

In a shocking display of indifference, senior United Nations Mission in South Sudan (UNMISS) officials have refused to improve living conditions for 21,000 displaced people living in a flood-prone part of a UN compound, exposed to waterborne diseases and potential epidemics.

UNMISS's decision not to improve conditions for refugees in Tomping, South Sudan, is a shocking display of indifference. More needs to be done, now

Despite repeated requests from humanitarian organisations, UNMISS is taking no actions in the camp to improve their chances of survival. Médecins Sans Frontières/Doctors Without Borders (MSF) today questions the UN’s commitment to meeting the needs of the war-torn country’s most vulnerable groups and calls for immediate action to save lives in Tomping camp.

The Tomping UN peacekeeping base, in the capital Juba, has been host to people who fled for their lives when conflict erupted in December. They are crowded into low-lying parts of the compound that are known to flood.

Diarrhoeal diseases, respiratory infections and skin diseases already make up more than 60 percent of the cases in MSF’s clinic in the camp. A UN plan to establish an alternative site has been mired in implementation delays and is now unrealistic.

Repeated requests by MSF and other organisations to expand the Tomping camp into available non-flooded space in the compound, at least as a temporary life-saving measure, have been inexplicably refused.

“The UNMISS decision not to improve conditions in Tomping is shameful,” says Carolina Lopez, MSF emergency coordinator. “In the first rainfall of the season 150 latrines collapsed, mixing with floodwater.

"People are living in natural drainage channels as there is no other space and there are 65 people per latrine. The rains, which will last the best part of six months, are getting heavier and if nothing is done right now the consequences, already horrific, could become fatal. Whether as a permanent or as an interim solution, expanding into the dry parts of the compound has to be an immediate action.”

In Tomping camp, latrines have collapsed because of the rain.

On 3rd April, Hilde Johnson, head of UNMISS, stated herself  that the Tomping camp is ‘at imminent risk of turning into a death trap’. She then announced that it will be closed in May. However, only 1,118 residents have been moved over the past five weeks.

Although the plan may have been a valid option a month ago, moving some 20,000 people to a space that is far from fully prepared in this time-frame, with the rains starting, is unrealistic. In the meantime, it is hard to understand why available space in Tomping cannot be used to save lives.

“They say there is not enough space in Tomping, but this is a sickening argument when on the other side of the barbed wire there are dry parking and storage spaces,” says Lopez.

Furthermore, many of the camp residents say they would not want to move to the proposed ‘Juba House’ location, another UNMISS base on the outskirts of Juba, as they would feel less safe there. MSF urges UNMISS to ensure that any movements are voluntary.

In the capital city and therefore easily accessible, Tomping is the most visible example of a shift in gear that is required country-wide. Elsewhere in South Sudan there are hundreds of thousands of displaced people, tens of thousands are in other UNMISS camps where MSF sees a disturbing lack of preparedness for the impending floods.

In the UNMISS base at Malakal, for example, provisional data from MSF indicates alarming mortality rates, while  preparations to improve the situation are minimal.

In Minkamman, which is an open camp rather than inside a UN compound, some 82,000 people who fled fighting in Bor are also living in appalling conditions. MSF runs four clinics providing 2,000 consultations per week, and with the current gaps in sanitation, the team is very concerned with the possibility of water borne diseases.

As the full rainy season approaches, the urgency to take action increases daily. Delays related to the inflexible UN system mean that plans are drawn up but virtually no infrastructure is in place.

“The UN mission in South Sudan reported to the UN Security Council on 18th March that ‘Protection of Civilians’ is a key priority,” says Jerome Oberreit, MSF Secretary General.

“We urge the UN leadership to remember that protection means more than just corralling people in a guarded compound. Adequate living conditions are also essential, and require urgent, pragmatic action. People must be safe from disease as well as safe from violence.”