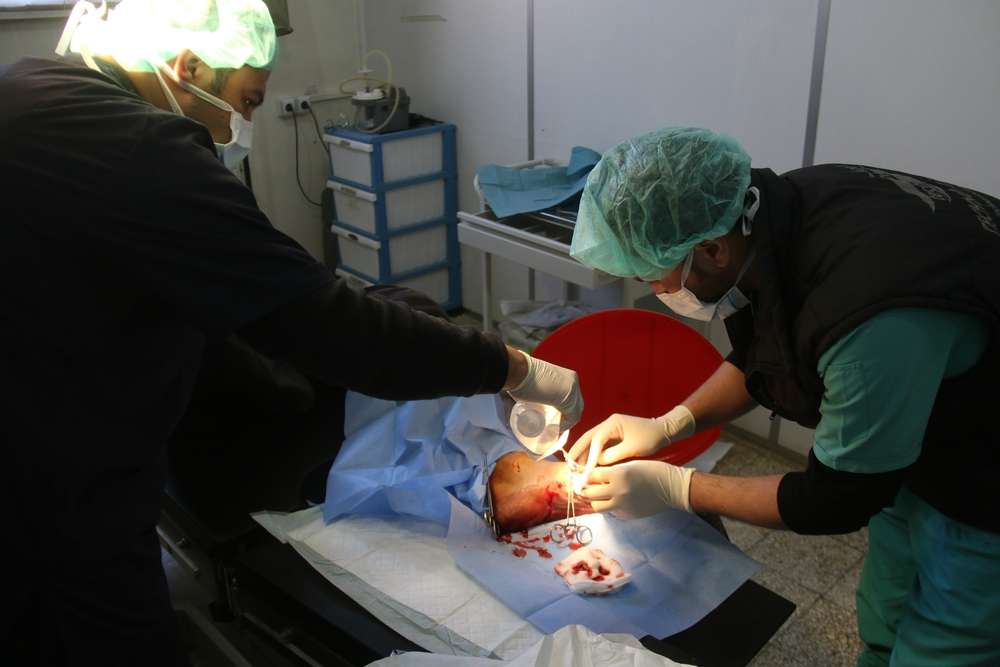 According to hospital staff on the ground, the hospital was destroyed by at least one airstrike which directly hit the building on Wednesday night, reducing it to rubble. Other airstrikes in the neighbourhood also hit areas close to the hospital.

The bombing of an Médecins Sans Frontières/Doctors Without Borders (MSF)-supported Al Quds hospital in the northern Syrian city of Aleppo, has killed at least 14 people, including at least two doctors.

According to hospital staff on the ground, the hospital was destroyed by at least one airstrike which directly hit the building on Wednesday night, reducing it to rubble. Other airstrikes in the neighbourhood also hit areas close to the hospital.

"This devastating attack has destroyed a vital hospital in Aleppo, and the main referral centre for paediatric care in the area. Where is the outrage among those with the power and obligation to stop this carnage?"

The situation in Aleppo city, consistently at the frontlines of the brutal conflict, was critical even before this attack.

An estimated 250,000 people remain in the city, which has seen dramatic increases in levels of bombardments, fighting and fatalities in recent weeks. Only one road remains open in and out of the non- government held areas. If it gets cut off, the city will become besieged.

Over the last week, several other medical structures have been attacked and destroyed in Aleppo, and five rescue workers from the Syrian Civil Defence organisation have been killed.

MSF has been donating medical supplies to Al Quds hospital since 2012, and has built a very strong working relationship with the staff there.

A picture taken on 28 April 2016 shows the damage at the Al-Quds hospital following reported airstrikes on the rebel-held neighbourhood of Sukkari in the northern city of Aleppo.

"The sky is falling in Aleppo"

"Compounding this tragedy is that the dedication and commitment of the staff of Al Quds, working under unimaginable conditions, has been unwavering throughout this bloody conflict," continued Zancada.

“The sky is falling in Aleppo. The city, consistently at the frontlines of this brutal war is now in danger of coming under a full offensive, no corner is being spared. Attacks on hospitals and medical staff are a devastating indicator of how the war in Syria is waged, one of numerous brutal ways in which civilians are targeted.

“The attack on Al Quds hospital has destroyed one of the last remaining places in Aleppo in which you could still find humanity. Aleppo is already a shell of what it once was, this most recent assault appears determined to eliminate even that.

“MSF has been supporting Al Quds since 2012. It has been an incredible honour for us to be able to work so closely with such dedicated people. We see day in and day out how they risk their lives through this living hell of a war, to ensure people can access medical care. Their loss is our loss, and we remain committed to helping the hospital restart activities.”