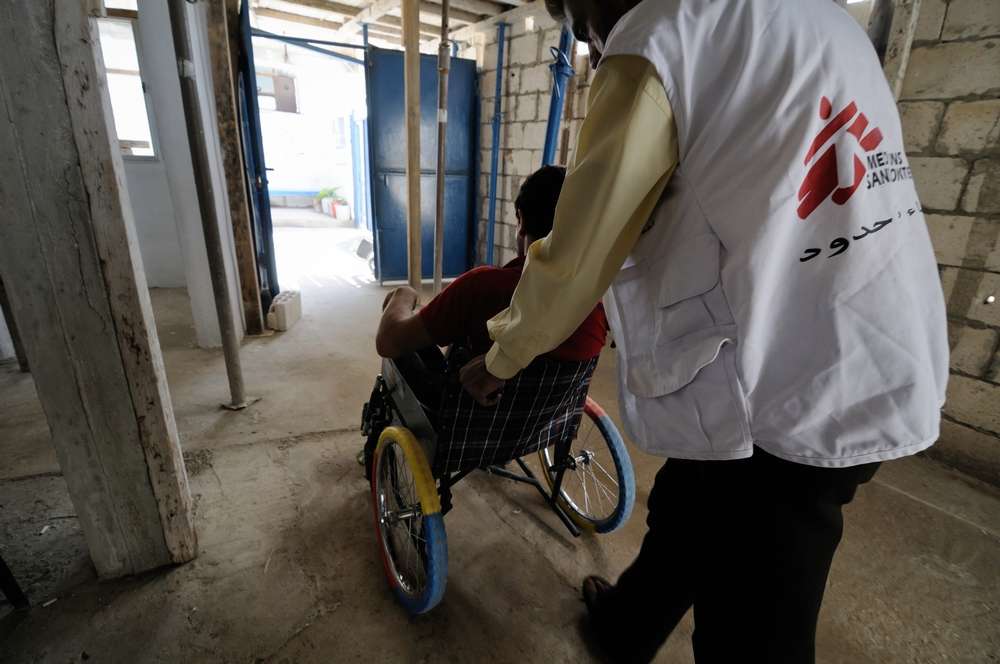 Two car bombs exploded in towns in northern Syria on 26th July – one in Atmeh and the other in Azaz – causing large numbers of civilian casualties, including an MSF Syrian staff member. MSF strongly condemns these deadly attacks on civilians.

Two car bombs exploded in towns in northern Syria on 26th July – one in Atmeh and the other in Azaz – causing large numbers of civilian casualties, including a Syrian staff member of the international medical organisation Médecins Sans Frontières/Doctors Without Borders (MSF). MSF strongly condemns these deadly attacks on civilians.

In Atmeh, in Idlib governorate, a car bomb exploded close to a busy market in the run-up to the major festival of Eid.

Some 20 people were killed and around 80 were injured, according to local sources. MSF’s hospital in the area received 41 of the wounded, six of whom died from their injuries.

This included one MSF staff member who was seriously injured in the attack and died soon after arrival at hospital.

Just two hours earlier, a car bomb exploded in Azaz, another town under opposition control and close to the Turkish border. A provisional estimate put the death toll at five, with 20 people injured.

Until now, the town of Atmeh had remained relatively untouched by fighting. The area, which is close to the Turkish border, hosts a large number of camps where more than 70,000 Syrians have sought refuge.

The deadly attack on the town’s market appears to have deliberately targeted civilians, and reflects the growing violence faced by ordinary Syrians.

After more than three years of conflict, the human toll has been huge, with more than 170,000 people killed, according to different sources, and almost half the population displaced from their homes, seeking refuge either in regions judged to be less dangerous or abroad.

For MSF, as for the few other international humanitarian organisations working in Syria, it is becoming more and more difficult to provide aid, despite the fact that people have great difficulty accessing medical care, and despite their medical needs being huge.

MSF currently runs four hospitals, two health centres and several mobile clinics in opposition-held areas of northern Syria. MSF is also providing support in some of the areas most affected by the conflict through donations of medical supplies and essential relief items.