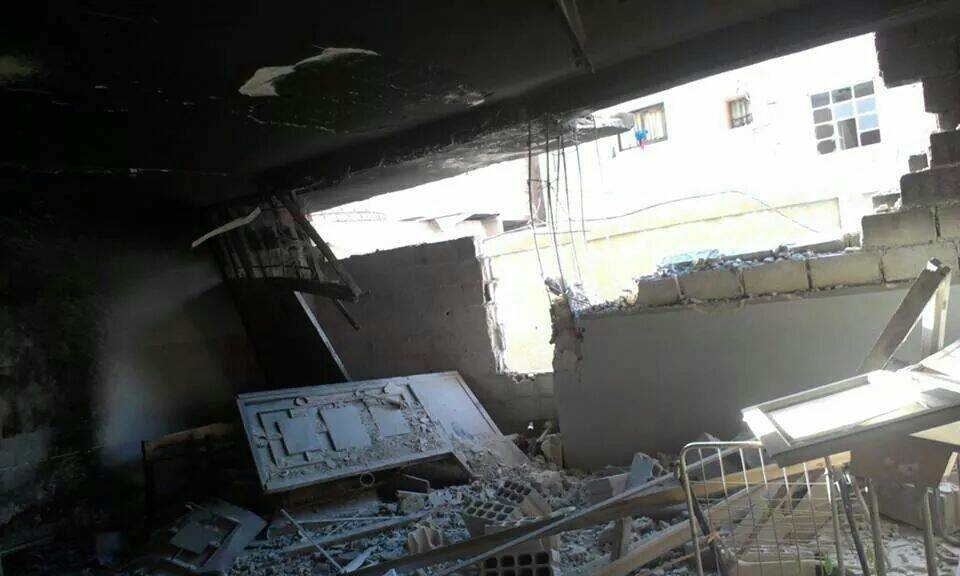 PRESS RELEASE: At least 70 people have been killed and 550 injured in an airstrike on a marketplace in the Douma neighbourhood near Damascus, Syria.

At least 70 people have been killed and 550 injured in an airstrike on a marketplace in the Douma neighbourhood near Damascus, Syria.

As the nearest makeshift hospital had been bombed the previous day, medical workers struggled to cope with the influx of injured people.

Médecins Sans Frontières/Doctors Without Borders (MSF) fears the intensification of bombing that has been seen in northern and central Syria over the course of October could become even more horrific if it spreads to besieged areas around Damascus, where almost a million people are trapped with no way to escape, few medical facilities, and no options for medical evacuations of seriously wounded.

“Wounds worse than anything we’ve ever seen”

The devastation caused by the initial airstrike on the market was exacerbated by further shelling on the rescue teams who were attending to the wounded.

Two-hundred-and-fifty patients required surgery, and a further 300 patients have been treated for non-surgical wounds.

The multi-trauma wounds are described by medics as being worse than anything they have seen before.

This was an extremely violent bombing," says the director of a nearby MSF-supported hospital who assisted in the first wave of mass-casualty response.

"The wounds were worse than anything we've seen before, and there were large numbers of dead. We had to do many amputations. And a lot of the wounded had massive blood-loss, which means we needed large amounts of IV-fluid and blood bags.

“We did our best to cope, but the number of critically wounded was far beyond what we could handle with our limited means."

Because so many hospitals have been destroyed in Syria's conflict, many facilities have moved services underground or split up services across different locations in a bid to remain operational.

The entrance gate of the Douma makeshift hospital had been struck by bombing on Thursday, causing 15 dead and 100 wounded.

Because the services had recently been split across several buildings, the hospital was able to respond to part of the mass casualty influx.

However, the overwhelming numbers of critically wounded meant that no one single hospital could have coped, and six other makeshift hospitals also launched mass casualty response plans to help treat the wounded from the marketplace bombing.

Women and children 40 percent of casualties

In the besieged areas around Damascus there has been a marked intensification of bombing on civilian infrastructure, such as hospitals and markets, during 2015.

To date this year nearly 40 percent of people killed and war wounded patients treated in MSF-supported medical facilities in the East Ghouta area have been women and children under 15-years-old.

This extraordinarily high percentage of civilian deaths and casualties can be explained by repeated targeting of densely populated areas, and also because in besieged zones people are captive human targets, with nowhere to run to escape the bombing.

"This massive bombing on a crowded market and the repeated destruction of the few available medical facilities breaches everything that the rules of war stand for," says Brice de le Vingne, Director of Syria Operations for MSF.

"In two of the besieged neighbourhoods in East Ghouta there are makeshift hospitals that have been particularly frequently bombed - we are now, for the fourth time this year, financing and providing logistical support to reinstate both facilities.

“With sniper-fire preventing people escaping from the besieged areas, we can only imagine with dread what would happen if the slow-death approach of putting people under siege turns into a fast-aerial-massacre approach."

Footage taken from inside an MSF-supported emergency room near Damascus, February 2015.​

Douma hospital has used up 1,000 litres of IV fluids and 300 blood-bags, and MSF has sent an urgent emergency resupply of some of the essentials they need, as well as providing logistical support such as fuel to the ambulance teams responding to the airstrike.

MSF is urging the permanent member states of the United Nations Security Council to comply with the mandate of protection they have been given[1] and to stop as fast as possible the escalating aerial massacres in Syria.

MSF operates six medical facilities in the north of Syria and directly supports more than 150 health posts and field hospitals throughout the country, with a particular focus on the besieged areas.

These are mostly makeshift facilities with no MSF staff present, where MSF provides both material support and distance training support to help the Syrian medics cope with the extreme medical needs. This support network has been built up over the past four years.