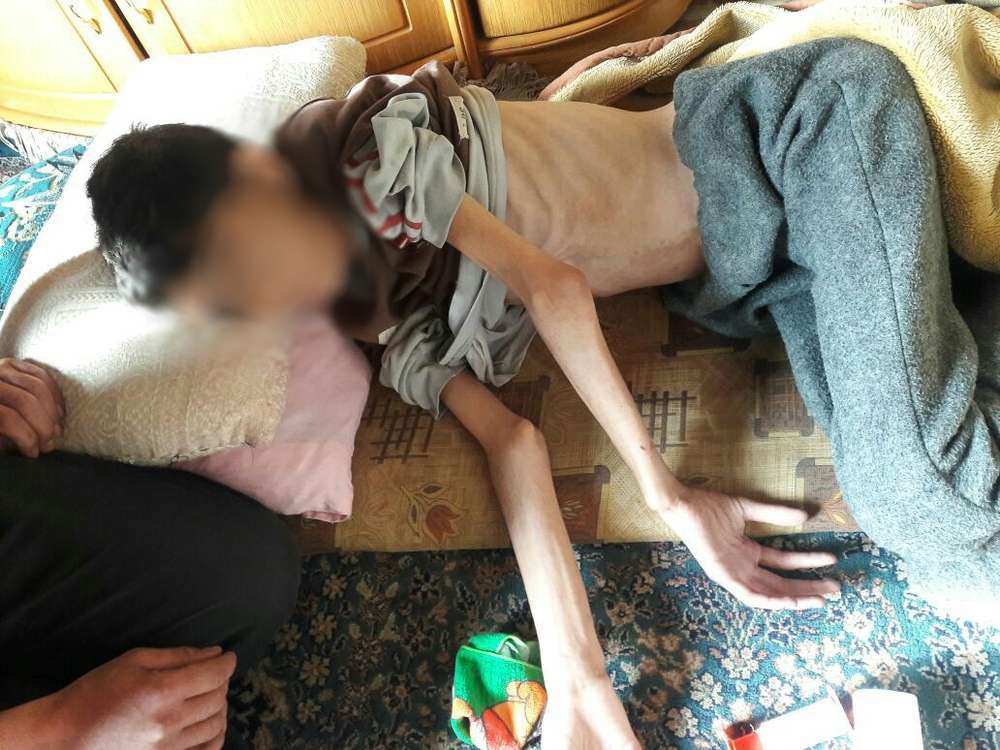 Syria: Siege and starvation in Madaya

Around 20,000 residents in Madaya are facing life-threatening deprivation of the basics for survival, and 23 patients in the health centre supported by MSF have died of starvation since 1 December.

The MSF-supported medics in Madaya have identified 250 people with severe acute malnutrition, including 10 patients who are in immediate need of life-saving hospitalisation care. The number of people in need of medical care is growing. If a safe medical evacuation procedure can be agreed, MSF is prepared to facilitate the identification of patients in need of evacuation at that time.

Since July 2015, a siege has been imposed by the Syrian government forces around the town of Madaya, near the border with Lebanon in Syria’s Rural Damascus Governorate.

Since the single one-off food distribution on 18 October, this has been tightened to a total stranglehold siege.

Around 20,000 residents of the town are facing life-threatening deprivation of the basics for survival, and 23 patients in the health centre supported by Médecins Sans Frontières/Doctors Without Borders (MSF) have died of starvation since 1 December.

MSF welcomes reports that the Syrian government will allow food supplies into the area, but urges that an immediate life-saving delivery of medicine across the siege line should also be a priority, and calls for sick patients to be allowed urgent medical evacuation to safe places of treatment.

Of the 23 people who have died, six were under one year old, five were over 60 years old, and the other 12 were between five and 60. Eighteen were men and five were women.

This indicates that the situation is affecting all age-groups and both sexes, and makes MSF extremely alarmed for the patients currently under treatment and for the 20,000 residents who have had little to eat for months.

“This is a clear example of the consequences using siege as a military strategy,” says Brice de le Vingne, MSF director of operations.

“Now that the siege has tightened, the doctors we support have empty pharmacy shelves and increasing lines of starving and sick patients to treat.

Medics are even resorting to feeding severely malnourished children with medical syrups as they are the only source of sugar and energy, thereby accelerating the consumption of the few remaining medical supplies.

As well as supplying food, an immediate medical evacuation of sick patients, and an urgent resupply of medicines is the only way to stave off a situation that is now catastrophic.”

The situation in Madaya is an extreme example of sieges that are in place in many parts of Syria, enforced by both the Syrian government and by Armed Opposition Groups.

MSF is very worried about the potential for similar situations to arise in other besieged zones.

“Madaya is now effectively an open air prison for an estimated 20,000 people, including infants, children and elderly. There is no way in or out, leaving the people to die,” says de le Vingne.

“The medics we support report injuries and death by bullet and landmine wounds from people that tried to leave Madaya.

“The desperation is getting so acute that yesterday there were scenes of rioting as people tried to seize the last remaining food available at the MSF-supported food-distribution point, intended to provide for the most vulnerable.”

MSF has been supporting a medical facilities and a food distribution point in Madaya since August 2015, when the siege started tightening around the town.

Although difficult, at first it was still possible to arrange supply of food and medicines, but it has more recently become totally impossible to get anything through the siege lines.

MSF has specific concerns also for the medical staff it is supporting. They are working under unbearable conditions, with already big medical needs now exacerbated by food insecurity and nutrition concerns, and there is an urgent need to resupply them with basic medical essentials.

Furthermore, the current sub-zero temperatures in this mountainous area cause increased suffering, particularly for sick patients who are less able to recover in the freezing cold.

Fuel for heating must be included in the humanitarian aid, as people trying to collect firewood in the surroundings risk being shot or blown up by landmines.

This access must be sustained, given that a one-shot distribution now will not alleviate the problems in the months to come.