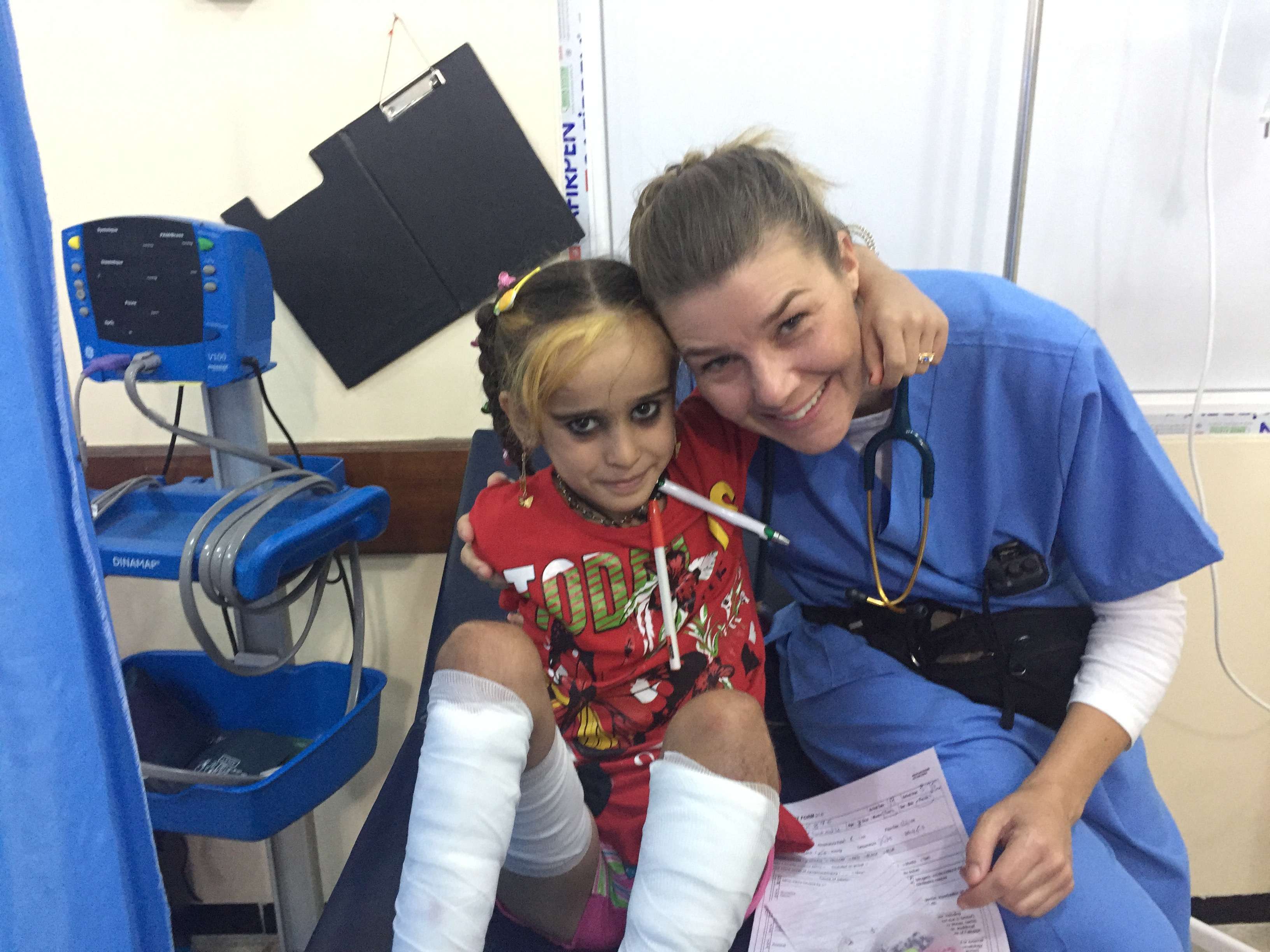 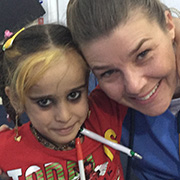 Iraq: “The vast majority of patients we saw in the emergency room were paediatric cases”

Monica Thallinger tells the story of a city in rubble, and a population in need of care to heal from months of suffering.

Monica Thallinger is a paediatrician. Since the end of July she has been taking care of Iraqi children in the Médecins Sans Frontières / Doctors Without Borders (MSF) hospital in West Mosul. She tells the story of a city in rubble, and a population in need of care to heal from months of suffering.
“The dust of mortars and artillery was still filling the air when I arrived in West Mosul at the end of July. All around us everything was destroyed. Houses torn apart, burned out cars on house roofs, rocket craters, bullet-perforated fences. Empty streets. The only interruptions to this monotonous rubble road were checkpoints, one after another. The fighting had recently stopped and the scenery on the way to the hospital was devastating.

The burned-out building had been transformed into a clean, modern small hospital

Amidst the rubble the hospital building appeared, seemingly anonymous from the outside. The inside revealed a different story. The burned-out building had been transformed by crafty MSF logisticians into a clean, modern small hospital. And it looked like it could be a clinic in many countries. I was shocked and amazed. Never in my eight previous assignments with MSF had I seen such a nice facility with basic technology already in place so quickly after its inauguration.
As soon as I arrived at the hospital, I got to know the staff and patients. My colleagues were a mixture of specialists, junior doctors and trained nurses. The cleaners were overqualified, often holding postgraduate qualifications but unable to find work elsewhere. The local staff were extremely thankful for our presence in their community.
There are no other NGOs working in West Mosul, and the local general hospital has suffered severe shortages in equipment, medications and staff. From the beginning, the vast majority of patients we have seen in the Emergency Room (ER) have been paediatric cases and the number of cases admitted has been rising with each passing day.

Years of torment have taken an enormous toll on the children

Three years under IS control and nine months of fighting for the Iraqi coalition to retake the city had taken an enormous toll on one of the city’s most vulnerable groups: children. The ER was often overloaded with screaming and sick children of all ages.  We saw children who were malnourished, suffering from complications related to chronic diseases like diabetes, or were disabled due to war injuries. Some were born sick. Many had developed psychological problems.
The number of sick and injured infants and children was far higher than the number of adult trauma cases that resulted directly from the battle on the frontlines. Traumatised families repeated the same horrific stories of the destruction, violence and loss they had suffered during recent years. Meeting these patients was challenging. It required me to be much more than just a doctor.

Alia, 8, was injured when her family home was bombed. Her mother was killed. She suffered several injuries and both her legs were badly broken. She underwent surgery elsewhere to repair the damage. Her legs were held together by metal rods which was painful and disabling. “Alia” was not only physically affected, she was also anxious and psychologically traumatised. She stopped eating and became anorexic.
I wondered whether the psychological repercussions were worse than her physical injuries. She came several times a week for wound dressings, always carried by her caring father and accompanied by her worried aunt. We all got to know her well and were extremely worried about her condition as she became a shadow of herself.
Because our new mental health counsellor hadn’t arrived, yet, the only thing we could offer were conversations, advice and some toys. Where should we start her healing? It was a team effort to make her experience in the hospital as pleasant as possible. Everyone chipped in, from the triage nurse to the stretcher bearers to the cleaners.
Then at one point something abruptly changed. She started eating again, talking, joking, playing, being a rascal and stealing our pens. Everyone was fond of “Alia” as she transformed from a terrified little girl into an irascible, selfie-taking young lady. She blossomed into another child. We had Coca-Cola with chips during our conversations. She showed up just before the Eid feast, with her hair bleached and dark make-up on, looking like a rockstar.
We celebrated her chosen outfit of the day together with her family. She got better and better, both physically and psychologically. Her father now always comes with a big smile on his face and is thankful for the help his daughter has received. “Alia’s” wounds are being healed and she will soon stop coming to the hospital. She has gained weight and looks well. She smiles more often now. We will miss her.

She blossomed into another child.

The scene driving to work is changing dramatically. Life is slowly returning to West Mosul. The streets are transforming every day. Shops are opening, and goats are roaming around the numerous trash areas eating plastic. The Ferris Wheels are filled with squealing children.
Despite the traumatic events that have dominated the lives of our patients and staff over the last three years, it amazes me that they continue to come to work. They continue to make tea for everyone at lunch, and they continue to share their lunch with us. School will start soon, and I can imagine “Alia” with her backpack and neatly plaited hair walking to join her friends at school. Insha’Allah.