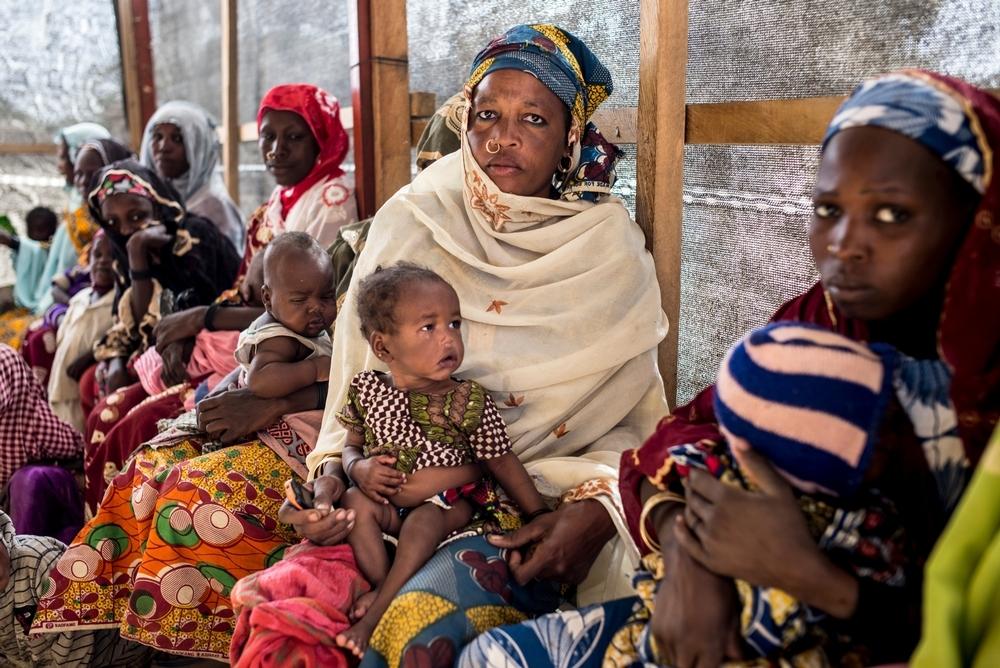 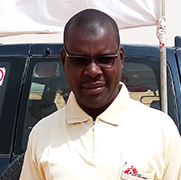 No end to the music

"When I started working on the MSF projects, there were attacks nearly every day. You could hear shooting and explosions. Here, we call it: 'the music'."

Barwa sits along Lake Chad’s swampy edges in Niger’s south-eastern region of Diffa. It’s the village I come from.

My parents used to grow millet and maize and we fished: carps, and catfish over five-feet-long. I miss fishing… As a teenager, I used to drop my nets on the water’s edge, the algae phosphorescent green, and wait for a fish to knock the row of stems knitted together. Often, I stayed to watch the red sun disappear behind sandy islands in the water.

Members of the Islamist group Islamic State in the West African Province (ISWAP), also known as Boko Haram, attacked Barwa in October 2015, the whole village fled. I was hired by Médecins Sans Frontières (MSF) a month after the raids. I had left Barwa many years before and was living in Diffa, the main city in the region that goes by the same name.

It’s the second time I've worked for MSF in Niger. I was hired to be the assistant to the Field Coordinator, I oversee MSF’s activities in Diffa. The organisation works on three sites for people displaced by Boko Haram:  Gagamari, Chetimari and Assaga.

MSF offers healthcare and runs water supply activities for displaced people. We've carried out over 19,000 health consultations since the beginning of the project. Gradually, people from neighbouring villages are also coming to the health centres for treatment. Needs are huge. All three sites lie next to the route number one (NR1).

Most people who fled their villages after the raids came to look for shelter along the NR1. The road sits between 10 and 30 kilometers from Nigeria and follows the border’s outline. It has, in fact, become the new border. Before, the Komadugu river used to separate the two countries, today the tarmac does. Displaced people feel that along the road there is less chance that they will be attacked by Boko Haram. Maybe they are right. Villages along the road have been attacked but not camps.

There are over 240,000 displaced people fleeing violence in Diffa, Nigerians and Nigeriens.

When I started working on the MSF projects, there were attacks nearly every day. You could hear shooting and explosions. Here, we call it: “the music”. Everyone was trying to escape. Some villages were emptied even before Boko Haram came. I used to take the NR1 often. It was hell. There were hundreds of families carrying everything they owned: kitchenware, radios, chairs and even pieces of fence. One day, as I was travelling along the road, I ran into a family who used to live in a big house near my village. They found shelter under a tree. They’re still there.

Part of my job on the MSF project is to ensure that the staff are safe. I’m worried all the time. I’m always on the lookout for any sign of danger. I send the staff out to the sites in the morning and then spend the whole day worrying about them. In the evening, I’m relieved to see them come back.

From December 2015 until February 2016, Diffa went quiet and then “the music” started again. On 10 February 2016, two suicide-bombers heading towards Diffa were shot down outside the city, nobody else was hurt. On 17 March, a suicide attack was averted near Bosso, next to Lake Chad, five suicide bombers and a soldier died. On 30 March, six soldiers died near Diffa. On 5 April, two suicide-bombers blew themselves up in a taxi, killing three people. On 11 April a suicide attack near Bosso killed four people. There seems to be no end in sight…

My parents and the rest of my family were part of the procession that took the road to seek refuge along the NR1.

I’m the only one who left Barwa when I was young to go and study. The village was so beautiful, you could fish and grow food, there were no reasons to leave. After the attacks the whole of Barwa moved and settled in a makeshift camp around Ngagam, 40 kilometres from Diffa.

It’s very hard for me to think that my family lives there now under the sweltering heat and in the dust, but solidarity means that people from the same village stay close to each other no matter what. They will only move together. I visit them whenever I get the chance and I worry we will never go back home.