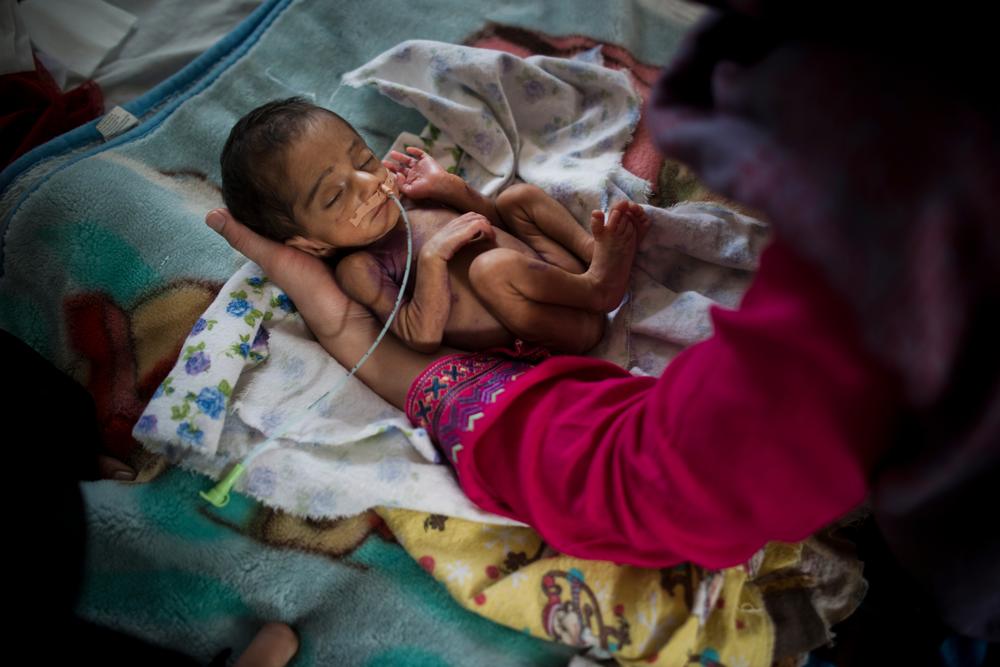 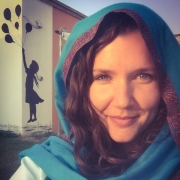 Premature baby fights for her life

"Every day our teams treat hundreds of patients, many of whom have travelled for miles to reach our hospital."

I would like to introduce to you to Farishta.

She is a happy and satisfied little baby with chubby cheeks, enjoys breastfeeding and cuddling with her mother and sleeps a lot. She is a 74-day-old baby. The 29-year-old mother is very proud of her first child. This sounds like the start of a pretty standard story of a baby girl and the tale could have taken place in many different countries around the world… But Farishta was born in Afghanistan and she did not have an easy start in life.

Her mother had been trying to get pregnant for eight years; she had had two spontaneous abortions* and took ovulation stimulators to get pregnant. When she finally got pregnant she was told that she was expecting three babies. Much too early, at about six-and-a-half months into her pregnancy, her water broke.

She noticed that her belly suddenly became smaller, but it took the family six days to decide to get help. After a three-hour drive she eventually reached the MSF maternity hospital in Khost. Upon arrival she was told that one of her triplets, a girl, had not survived, but the other two babies were still alive. She delivered Farishta first, then her brother and, finally, their already deceased sister.

Farishta and her brother were not breathing regularly and they needed a few minutes of bag and mask ventilation. Farishta was the lightest and smallest of the triplets with a weight of 710 grams.

"The mother and doctors did not have a lot of hope"

Since the chances for a survival of premature babies with such a low birth weight are almost non-existent, the mother and doctors did not have a lot of hope. The mother cried a lot, got depressed and left the hospital after the brother of Farishta died three days after being born.

Farishta was left in the care of her 70-year-old grandmother, a woman with red henna platted hair. The baby needed a lot of attention and help. She was not only oxygen dependent, but because of her premature lungs, she developed a sepsis, which we treated with strong antibiotics. Farishta also developed jaundice and severe anemia that we had to treat with a blood transfusion during the first few weeks of her life.

However she was a little fighter from the beginning, as were the medical team who fought to keep her alive using all our available resources. Using Kangaroo-mother-care, her grandmother, my colleagues and I put the fragile little girl on our chests to keep her warm and to make her feel comfortable. Due to her illnesses she lost weight, at one point weighing a mere 560 grams.

Not having breast milk from the mother, we fed her with formula milk by placing a small tube into her mouth, because her sucking and swallowing reflexes were not yet developed.

"Slowly but consistently, she gained weight"

Kept under close observation, Farishta eventually recovered. Slowly, but consistently, she gained weight after following a strict two-hourly feeding schedule done by her grandmother. She was our treasure and all the staff had a special place in their hearts for her. After two weeks, the mother returned to the hospital and started taking care of Paristha.

The mother is illiterate; she never went to school, but she quickly understood what she had to do to increase Farishta’s chances of survival. From the beginning she did a very good job feeding her with expressed breast milk and soon transitioned to breastfeeding. Taking ‘baby steps’, we also eventually succeeded in weaning Farishta off the oxygen machine.

Farishta was discharged from the neonatology ward in Khost MSF-Maternity on 16 December 2015. Her weight was 1.64 kg at the time, more than double her birth weight. Her smiling mother seemed strong and relieved to finally be able to go home.

After 74 days of shared fight everyone in the neo-natalogy team (nurses, midwives and doctors) felt a very strong connection with Farishta. We are a little sad now that her bed is empty and we will no longer get to see her, but mostly we are very happy and proud of the way everything turned out.