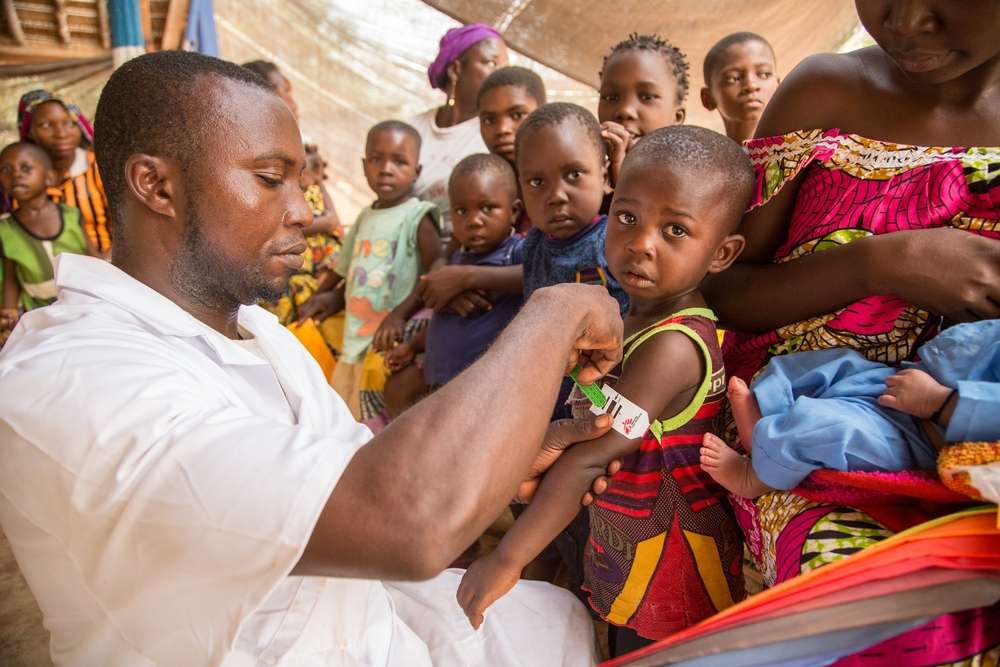 The core purpose of humanitarian action is to save lives, relieve acute suffering and help restore the potential of individuals who find themselves in life-threatening circumstances.

The core purpose of humanitarian action is to save lives, relieve acute suffering and help restore the potential of individuals who find themselves in life-threatening circumstances. MSF provides assistance when catastrophic events such as armed conflict, epidemics, malnutrition or natural disasters overwhelm local health systems. MSF also assists people who face discrimination or neglect from their local health systems or when populations are otherwise excluded from health care.

MSF has a long history of responding to epidemic outbreaks of cholera, meningitis, measles, malaria, and other infectious diseases that spread rapidly and can be fatal if not treated.

Over the past decade, MSF has also become involved in the treatment of the devastating pandemics of HIV/AIDS and tuberculosis, the greatest killer of people with HIV/AIDS. MSF also treats neglected diseases such as kala azar, sleeping sickness, and Chagas, diseases that largely affect the world's poorest and for which there are few effective treatment options.

MSF believes in bringing the highest quality medical care possible to its patients. Through the [Campaign for Access to Essential Medicines] MSF pushes for improved diagnostics and treatments for diseases that disproportionately affect the world's poor – including urgently needed second-line drugs for the growing numbers of patients developing resistance to first-line HIV/AIDS medicines. MSF has also called attention to the need for appropriate paediatric formulations for children with HIV/AIDS, and improved treatments and diagnostics for tuberculosis, for which there have been no new advances in treatment since the 1960s.

In 1999, MSF co-founded the Drugs for Neglected Diseases initiative (DNDi) which brought together researchers, medical practitioners, and pharmaceutical companies to explore alternative ways of developing medicines — basing research and development priorities on need rather than profit. In 2007, DNDi and the pharmaceutical company sanofi-aventis launched ASAQ, an effective and easy-to-use treatment for malaria.

In 2006, MSF treated 150,000 severely malnourished children, primarily with ready-to-use food, or RUF, a revolutionary new product that is radically changing protocols for responding to this devastating condition.

Like the baby foods that can be found in any Western supermarket, these nutrient-dense milk and peanut-based pastes include all the minerals, vitamins, and nutrients that rapidly growing young children need. In traditional treatment programmes, severely malnourished children had to be hospitalized for several weeks. The fact that RUF can be taken at home means that far more children can be treated than ever before.
And the need is enormous. Malnutrition is a key factor in the deaths of five million children every year. On any one day, 20 million children are suffering from severe acute malnutrition, according to UNICEF.

It was in Niger in 2005 that MSF pioneered the use of RUF on a massive scale, treating 63,000 severely malnourished children on an outpatient basis with cure rates of nearly 90 percent. These results provided the impetus for MSF to begin treating moderately malnourished children in Niger with RUF rather than providing them with the standard supplemental enriched blended flour. In 2007, MSF launched a pilot project using a modified RUF to prevent malnutrition from developing in children living in one of Niger's high prevalence districts.

At present, the World Health Organization and UNICEF recommend RUF to treat severe acute malnutrition, but not children at risk of developing acute malnutrition.  Based on the promising results from Niger, MSF's Campaign for Access to Essential Medicines is advocating for governments, UN agencies, and other relief agencies to provide RUF to all malnourished and at-risk children.

Natural disasters can completely overwhelm a local or national health structure in a matter of minutes. MSF teams are often already present in a region when disaster strikes, and are able to respond quickly. This was the case in the Kashmir region of Pakistan and India following the devastating earthquake of 2005. MSF teams were able to rapidly assess where their expertise would be of most assistance to the overwhelmed authorities, and set up surgical units and ran mobile clinics to reach people trapped in remote areas. More recently, MSF has provided support to victims of flooding in Mexico and cyclones in Bangladesh and Myanmar.

Responding to natural disasters is the smallest area of MSF's work, representing just five percent of MSF's overall activities in 2006. This is because, more often than not, local health authorities are quickly able to garner support from international agencies and governments for natural disasters. And the needs are predominantly in the areas of reconstruction and development, which is outside of MSF's scope of expertise and operational focus. This was the case for the South Asian Tsunami in 2004. This is less often the case when it comes to armed conflict, epidemics, and other ongoing and less visible crises, which is where MSF directs most of its attention.

Street children, migrants, minorities, displaced people, refugees, prisoners, the unemployed, people with HIV/AIDS or tuberculosis, drug users, sex workers... Within stable societies as well as during periods of instability and conflict, many people may find themselves unable to access health care simply because of who they are. They may fear stigma and be reluctant to seek help, or their health care system may deliberately neglect or exclude them.

In these programmes, MSF medical teams provide medical, social, and mental health care to those affected, and advocate with local and national governments and civil society for improved access to services and increased social acceptance for their patients.

MSF has specialised logistical support and medical departments who work together to ensure that innovations and research advances are incorporated into the organisation's work. MSF has developed specialised medical kits and equipment that enable its teams to start saving lives immediately.

Custom-designed by MSF for specific field situations, geographic conditions, and climates, a kit may contain a complete operating room, for example, or all of the supplies needed to treat hundreds of cholera patients. MSF kits and medical protocols have been replicated by relief organisations worldwide.

MSF has proven expertise in the field of epidemiology and often diagnoses and controls outbreaks of diseases, such as cholera, meningitis, and measles by conducting emergency vaccination campaigns and treating the sick.

Medical data and research from MSF field operations are regularly published in peer-reviewed journals and other periodicals. MSF also publishes special reports on devastating health issues, such as sexual violence and paediatric AIDS.