Many women across the world give birth without medical assistance. Our teams helped deliver 243,300 babies last year, and we cared for hundreds of thousands of women during pregnancy.

Many women across the world give birth without medical assistance. Our teams help hundreds of thousands of women during pregnancy every year.

Many women across the world give birth without medical assistance.

This massively increasing the risk of complications or death. Ninety nine percent of these deaths are in developing countries. The majority are preventable with appropriate care.

We work with midwives and traditional birth attendants to establish programmes so complicated births can be identified quickly to help prevent maternal deaths.

"Obstetrics in Sierra Leone, as I’m sure is the case in many developing countries, is a far removal from the world I have trained and worked in,” says Benjamin Black, a UK obstetrician working in Sierra Leone, in his MSF blog.

“There is little in the way of antenatal care, nearly no-one has had an ultrasound scan, there’s no proper foetal monitoring and presentations are often complicated and late.

“The aim of care here is ultimately to keep mothers alive and avoid putting a scar on their uterus (caesarean section), as you don’t know where they will deliver next time."
Hover over the image below for an interactive guide to maternal health 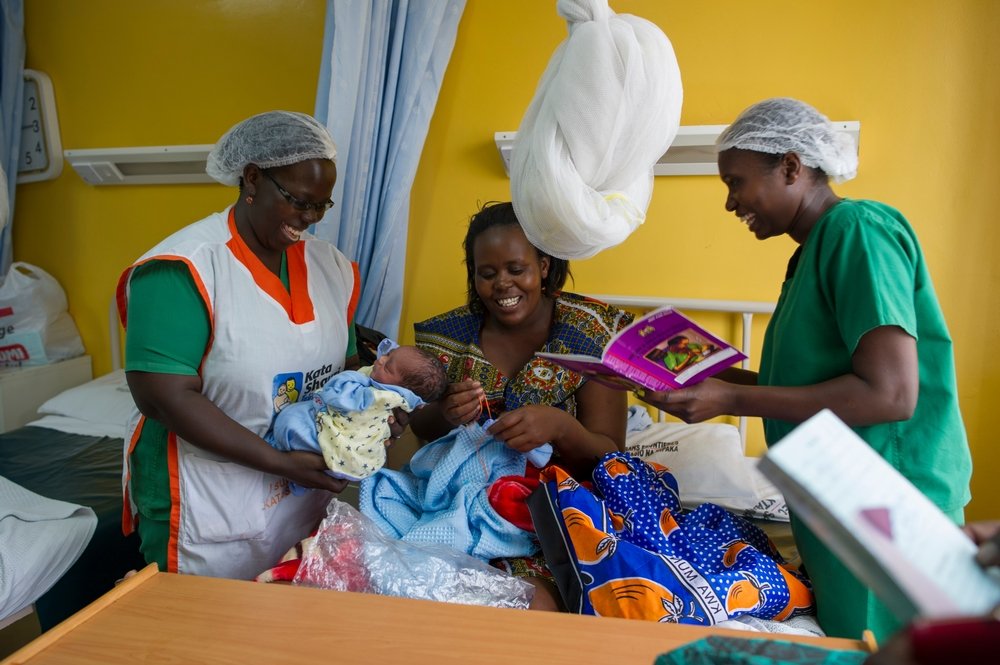 A woman can lose half a litre of blood in one minute and bleed to death rapidly unless action is taken quickly to stop the bleeding.

Reproductive tract infections (RTIs) can be contracted during pregnancy or in unhygienic conditions during delivery.

RTIs can cause inflammation of the uterus, or pelvic inflammatory disease, which can eventually cause maternal death. RTI symptoms include fever, shivering and abdominal pain.

Pre-eclampsia is a disorder which can occur during pregnancy, characterised by high blood pressure and protein in the urine.

Without help, pre-eclampsia can lead to eclampsia – one of the main causes of maternal deaths worldwide.

Eclampsia can lead to a woman presenting with life-threatening complications, such as convulsions, as well as swelling, sudden weight gain, headaches and changes in vision.

Obstructed labour can occur if the baby’s head is too large or the position is abnormal, blocking passage through the birth canal.

When a mother is malnourished or is young and therefore has an underdeveloped pelvis, the birth canal itself is often not wide enough to accommodate the head of the baby.

An obstructed labour can then cause a prolonged labour, defined as one lasting for longer than 24 hours. Labour of this duration can cause complications such as postpartum haemorrhage.

An unsafe abortion is defined as one performed by someone lacking the necessary skills or one which is done in an unhygienic environment, or both.

An unsafe abortion can lead to infection or haemorrhage and ultimately maternal death.

How do we respond?

Most maternal deaths are preventable. Access to healthcare during pregnancy and childbirth are essential to allow for appropriately timed interventions to be taken if complications do arise.

Prevention of postpartum haemorrhage is necessitated by identification of risk factors in the third stage of labour. MSF trains community health workers in countries like Sudan to identify warning signs.

If the complication is identified, oxytocin can be administered as a means of prophylaxis. If severe bleeding does occur, the uterus is massaged to empty it of any trapped blood clots, and IV fluids are administered.

Access to clean water and hygienic conditions during delivery, such as clean hands and a clean delivery surface like a plastic cover, are vital to preventing an RTI.

MSF has opened maternity hospitals in countries such as Afghanistan to allow for delivery in hygienic conditions.

If eclampsia develops, the mother may have seizures during delivery with life-threatening consequences. Skilled people and essential drugs are vital at the birth. Intervention varies widely and is highly dependent on the availability of access to obstetric care.

MSF provides emergency obstetric care in many resource poor settings, such as Syria, to deliver drugs such as anti-hypertensives or to facilitate a caesarean section if needed.

Skilled staff are also essential in the management of a complicated delivery to quickly identify signs that intervention is needed. IV fluids and antibiotics may sometimes be necessary in prolonged labour.

It is also vital to identify when a caesarean section is necessary. MSF surgeons work in places like the Central African Republic and Pakistan to provide skilled staff for performing caesareans.

MSF provides counselling and support to women with complications from an unsafe abortion. MSF also provides contraceptives and information on planning pregnancies for women that want them.