A deadly brain infection which kills up to 50 percent of people affected if it is left untreated.

Meningococcal meningitis is a highly contagious bacterial form of meningitis – a serious inflammation of the meninges – the thin lining that surrounds the brain and spinal cord.

In the last 20 years, according to the World Health Organisation (WHO), close to one million suspected cases of meningitis have been reported and 100,000 people have died.

The vast majority of meningitis cases and deaths occur in Africa. During the dry season (December to June), epidemics regularly hit countries in the African ‘meningitis belt’, a region that stretches across the continent from Senegal to Ethiopia.

Even when the disease is diagnosed early and adequate treatment is started, five to ten percent of patients do not survive, typically within 24 to 48 hours after the onset of symptoms. Left untreated, up to 50 percent of cases may die.

In 2015, MSF vaccinated 326,100 people against meningitis in response to outbreaks

Hover over the image below for an interactive guide to meningitis 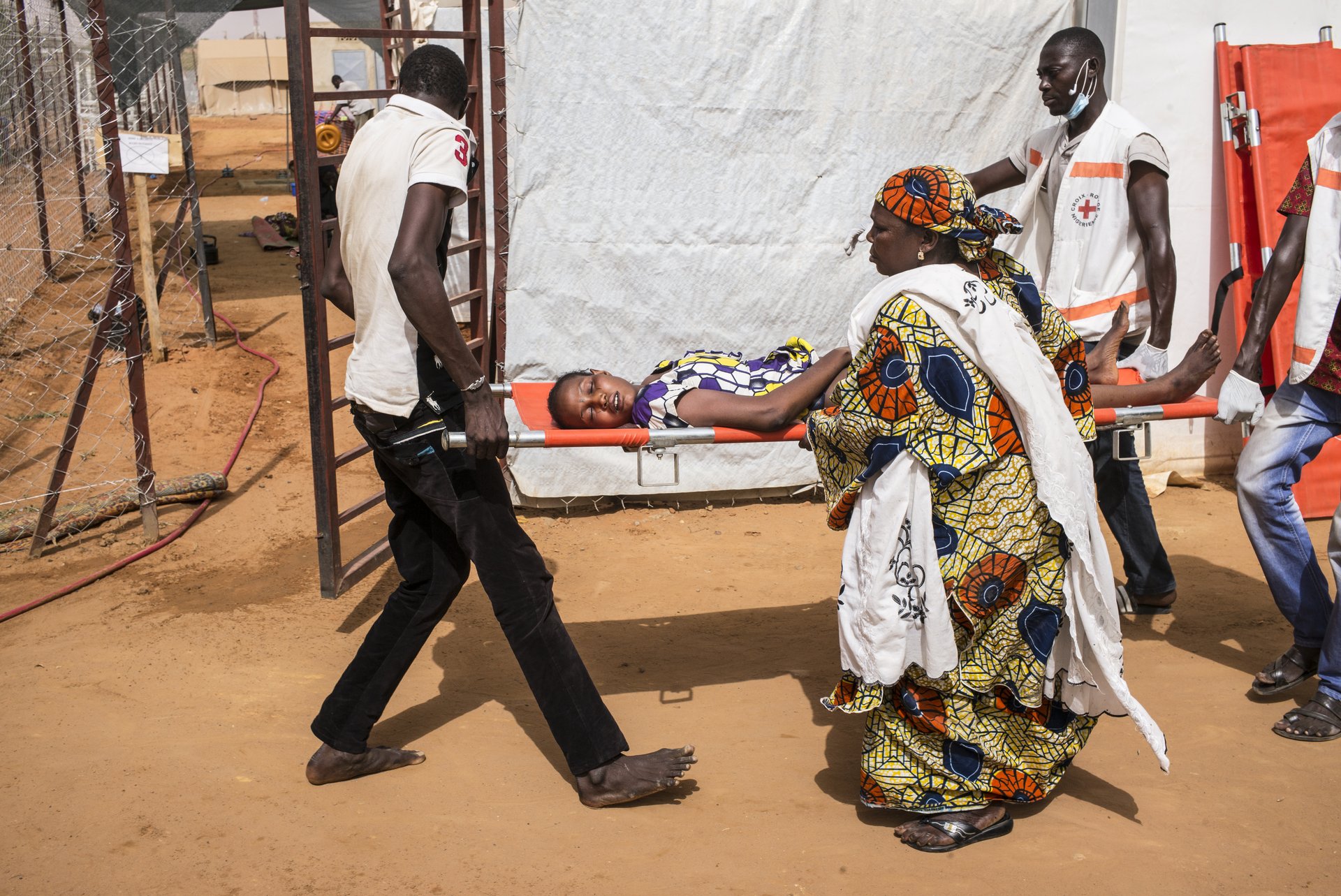 Meningococcal meningitis is highly contagious. People infected with the bacterium Neisseria meningitidis often carry the disease without showing symptoms and spread the bacteria through coughing and sneezing.

Overcrowding and cramped living conditions increase the risk of spreading the disease.

When infected people begin to show symptoms, they often experience sudden and intense headaches, fever, nausea, vomiting, photophobia (a low tolerance to light) and stiffness of the neck.

Although anyone of any age can become infected with meningitis, babies and children are particularly susceptible.

Diagnosing meningitis in the settings in which we work is often difficult as clinical examination is required - and quickly.

A painful lumbar puncture is needed for the examination of spinal fluid and sometimes the bacteria can be seen under a microscope.

However, the diagnosis is confirmed by growing bacteria from spinal fluid or blood. These diagnostic tests allow for further tests to see how effective certain antibiotics will be for the patient.

A range of antibiotics can treat the infection, including penicillin, ampicillin, chloramphenicol and ceftriaxone.

In areas with limited health infrastructure and resources, oily chloramphenicol or ceftriaxone are the drugs of choice because a single dose has been shown to be effective on meningococcal meningitis.

However, timely mass vaccinations are the most effective means of limiting the spread of epidemics.

The WHO has estimated that mass immunisations have managed to prevent up to 70 percent of expected cases in individual meningitis outbreaks in Africa.

In 2015, MSF vaccinated 326,100 people against meningitis in response to outbreaks

This page was last updated on 4 October 2016