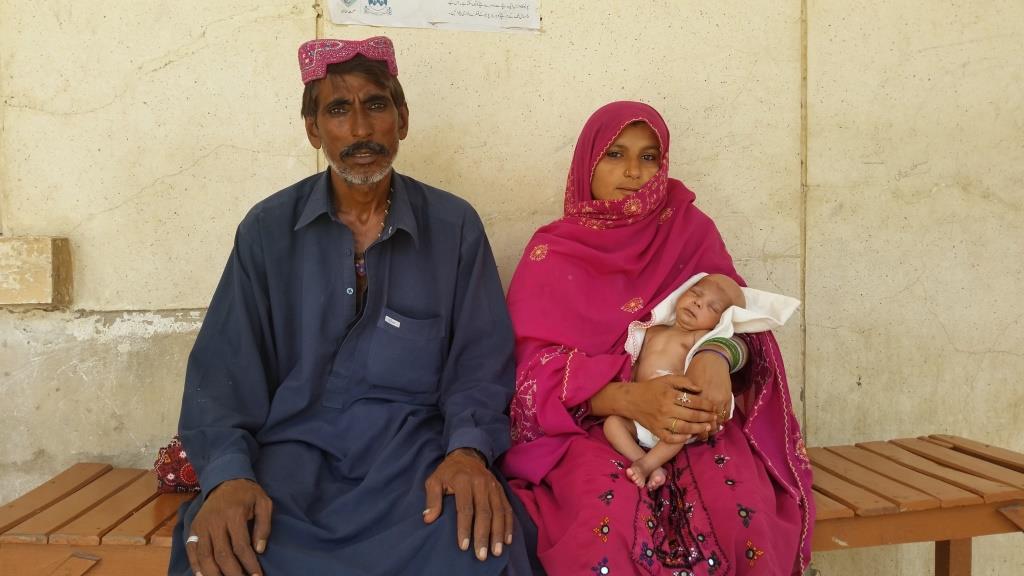 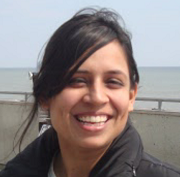 Baby Shahida taught me to understand the ‘good’ in ‘goodbyes’

Dr Sahar Iftikhar is a medical doctor working in the MSF neonatal clinic in the city of Dera Murad Jamali, in the north of Pakistan. Here, she blogs about treating one inspiring baby girl.

Baby Shahida was eight days old when she was brought to us, inflicted with a disease that you wouldn't wish on your worst enemy.

MSF
The tetanus room at Dera Murad Jamali hospital in north Pakistan.
Her jaw was locked so tight that she couldn’t feed; her body so arched that you could slip your hand underneath without touching her back. Her fists were closed tight in agony. She seemed to be continuously seizing while being examined. Just by looking at her we were certain that she would be making her way to the Tetanus Room.

The Tetanus Room is a small area inside the MSF nursery, here in Dera Murad Jamali. Only our tetanus patients stay there. It's quieter, the lights are kept to a bare minimum and the babies there are on minimal handling – even the slightest stimuli can trigger agonising spasms for the patients. Sadly, more than half of the babies checking in don't check out alive.

Baby Shahida's mother knew how dangerous tetanus can be. “When we brought her to the hospital, seizing,” she told me, “we were thinking if she will make it or not. Earlier I had lost a baby who was only one-and-a-half months old so deep down I was completely hopeless."

Tetanus is caused by bacterium called Clostridium Tetani. The bacteria spores are found in soil, on metals such as razors and scissors. The bacteria produce a toxin, which affects each and every muscle in the body causing sustained muscle contractions or 'spasms'. The spasms result in extreme irritability, pain, and ‘lockjaw’ – a symptom where the patient can’t open their mouths. Without treatment lockjaw results in dehydration and starvation.

"The lack of these vaccines, the use of unsterilised razors to cut the umbilical cord, and the traditional method of applying unhygienic kohl eyeliner to the eyes and umbilical stump are the reasons why Pakistan is one of the remaining countries in the world where Newborn Tetanus still exists."

Baby Shahida was born at home, and her umbilical stump was removed with a razor that hadn’t been sterilised. Due to limited access to antenatal care in this area her mother did not receive either of the two tetanus vaccines recommended in Pakistan for pregnant women, which could have prevented Baby Shahida from contracting this infection.

The lack of these vaccines, the use of unsterilised razors to cut the umbilical cord, and the traditional method of applying unhygienic kohl eyeliner to the eyes and umbilical stump are the reasons why Pakistan is one of the remaining countries in the world where Newborn Tetanus still exists. This simple tradition of decorating babies at times costs them their lives.

Baby Shahida turned out to be a fighter. She was given antibiotics and immunoglobulins to help combat the toxic effects of the bacteria on her body. They were like battalions of soldiers ready to fight the bacteria as they made their way through Shahida’s bloodstream. She was pumped with the maximum doses of anti-seizure and muscle-relaxant medications to reduce her agonising spasms.

We kept her under close observation, but she kept seizing and kept having severe muscle spasms. The worst thing about tetanus convulsions is that the patients are conscious throughout the episodes. It’s like living through a horror story.

We were faced with the dilemma of whether or not to increase her muscle relaxant dose. If used in excess the muscle-relaxant drugs have a lethal side-effect, causing complete cessation of breathing. However if the muscle spasms continued they could affect the function of her chest muscles, which could also stopping her from breathing. Shahida kept seizing off and on for days until the medicines won the fight. She became slightly less irritable between the muscle spasms, though her face still showed a textbook rhisus sardonicus: a fixed grin caused by the spasm in the jaw.

MSF
Baby Shahida in her cot

Baby Shahida stopped seizing almost a week into her hospital stay. Her jaw muscles started to loosen up after three weeks. Every day we checked whether touch or light still instigated a seizure, and eventually we were able to move her out of the dark, soundless room.

It was a moment of joy for the mother when she could hold her and also ease her into breastfeeding. We did encounter small bumps in the road as her treatment progressed: she developed a small pressure sore on her foot. It prolonged her hospital stay but it was a small price. After 25 long tortuous days in our nursery Baby Shahida defied the odds and went home to her family well.

Since, I've started working here in the nursery and inpatient therapeutic feeding centre, I've come to hate goodbyes. They keep coming in different forms. Babies and children leaving against medical advice, children being brought to the hospital dismally too late to cure, or parents unfortunately not agreeing to admission to begin with. Silently, I've said goodbye to all these kids.

However, Baby Shahida has effortlessly made me understand the ‘good’ in goodbyes.