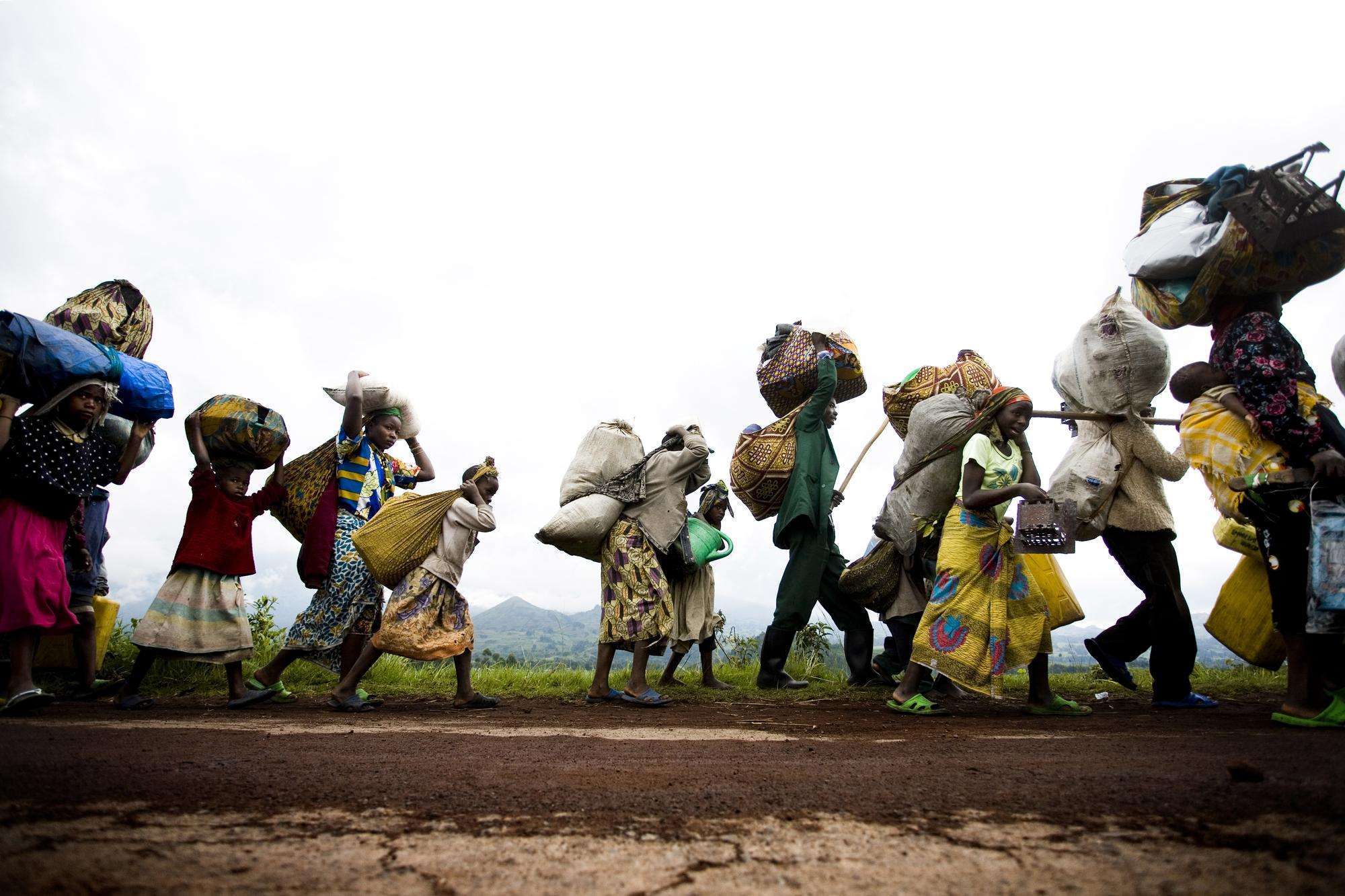 We provide refugees and internally displaced people (IDPs) with everything they need, from psychological care to lifesaving nutrition.

Nearly 60 million people are currently fleeing conflict or persecution around the world. Due to their race, religion or nationality, these people’s homes are no longer safe places to live and their governments’ no longer provide them with protection.

MSF works around the world to provide refugees and internally displaced people (IDPs) with everything they need, from psychological care to lifesaving nutrition.

We set up hospitals in refugee camps, we help women give birth safely, we vaccinate children to prevent epidemics and we provide access to safe drinking water.

Refugees are protected under international law.

The United Nations refugee agency (UNHCR) is responsible for ensuring that refugees have the right to seek asylum, to receive assistance – food, shelter, medical care – to protection from violence and to bringing about a lasting solution to their situation.

However, some policies are designed to deter refugees from seeking asylum: policies that condone inadequate processing or simply turn refugees away.

As well as providing healthcare and sanitation for refugees, we believe it is equally important to speak out about these policies.

The largest camp in the world

When countries do provide shelter, refugees are often forced to face the health impacts of living in unsanitary camps. With a population of 460,000 – roughly the same size as Bradford – Dadaab refugee camp in Kenya is recognised as the largest in the world, and one of the most dangerous.

Today, Dadaab is no longer a refuge. As more people arrive from war-torn Somalia, the overcrowded camps are becoming permanent homes where people face rolling nutritional crises and outbreaks of diseases such as measles and cholera.

"Humanitarian action is more than simple generosity, simple charity. It aims to build spaces of normalcy in the midst of what is abnormal."

Abubakar Mohamed Mahamud, MSF’s deputy field coordinator, has worked in Dadaab for more than 20 years. “The crisis in Somalia is not going to end soon,” he says. “History is repeating itself and this is a never-ending problem.”

“What I see today is what I saw in 1991: desperate people who fled their war-torn country, leaving everything behind, only to end up in a camp where living conditions are below what is humanly dignified.”

Following the drought in the Horn of Africa in 2011, a surge of people fled Somalia in search of safety, food and medical care, aggravating the already dire situation for refugees in Dadaab.

Inside Dagahaley, one of Dadaab’s five camps, MSF teams tripled capacity by setting up an emergency nutrition centre with more than 200 beds while maintaining a 100-bed hospital for maternal care, paediatrics, emergencies and general medical assistance.

While IDPs often flee their homes for similar reasons to refugees (armed conflict, human rights violations, natural disasters) technically, they are not refugees. IDPs have not crossed an international border to find refuge and therefore remain legally under the protection of their own government, even though that government is often the cause of their flight.

Today, there are 38.2 million IDPs in 52 countries around the world. Around three quarters of all IDPs are women and children.

Despite international law calling for the protection of civilians in conflict, women and children are often deliberately targeted by belligerents as part of their strategy.

And, while programmes exist to provide surgical and other care to these victims, the vast majority will not receive the care they need because they live in regions where the healthcare system has collapsed and where it is too dangerous for independent aid agencies to operate.